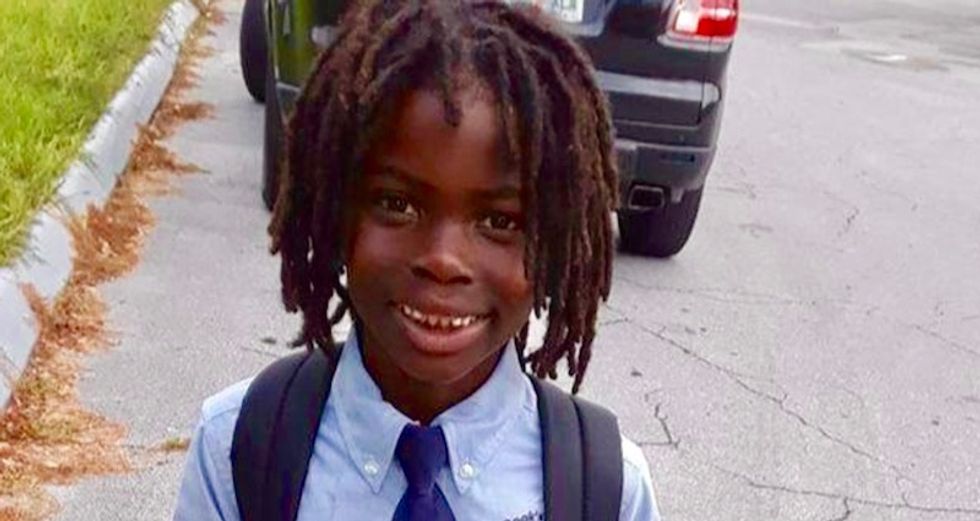 Clinton Stanley Jr. on what would have been his first day of school/Courtesy

A 6-year-old black boy with dreadlocks was turned away from his Florida elementary school because his hairstyle was banned, reports the Orlando Sentinel.

Clinton Stanley Jr. was to attend A Book's Christian Academy in Apopka, but was told that he was unwelcome because of his hair dreadlocks.

“I respect their rules, but it’s not right,” said father Clinton Stanley Sr. “Allow kids to come as they are. You are a Christian school. In the Bible it says, come as you are,” he added. “You deny a kid an education on his hair?”

The administrator of the private school, Sue Book, said the rules banning natural black hair have been in place since the academy was founded in 1971.

She complained about getting "harassing phone calls," including a man who allegedly threatened to burn the school down.

Stanley Sr. was using a voucher to send his son to the private school and said the racist policy appears to be targeted at “hoodlums."

“You’re disassociating yourself of people of color,” he said.

The Sentinel's story discusses homophobic policies banning gay students, the fact that many of the schools don't have college-educated teachers and use the Bible to teach science class.