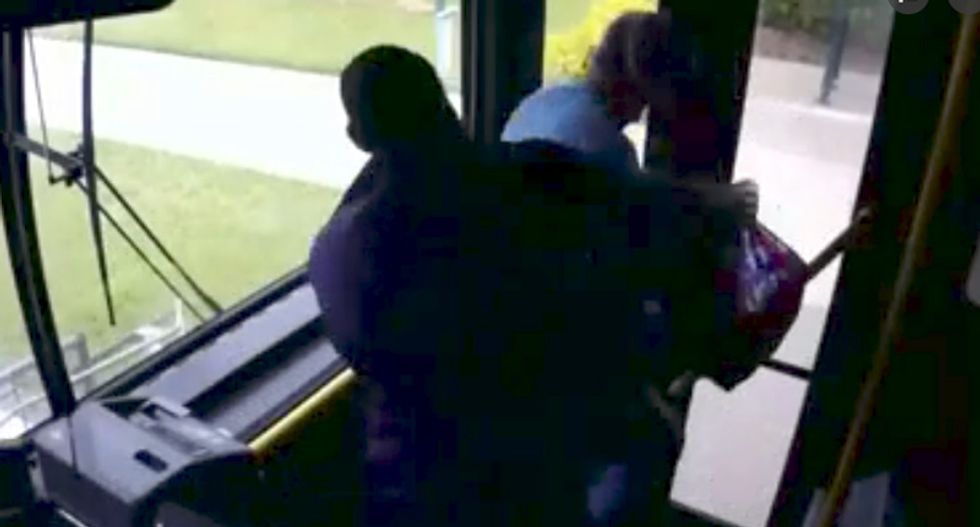 A bus driver in Florida lost his job after attacking a man who called him racial slurs and spit on him.

According to the bus drivers’ union, the taunting lasted for about 15 minutes.

A video recording that captured the incident shows the bus driver confronting the man.

The driver then starts punching the passenger after he spits on him, knocking him unconscious.

"Emotionally the driver lost it, and reacted in self-defense as well as reacted to being spit upon," the bus drivers’ union told CBS12.

But Palm Tran described the driver's actions as "an egregious and abhorrent level of misconduct."

The incident occurred in May.