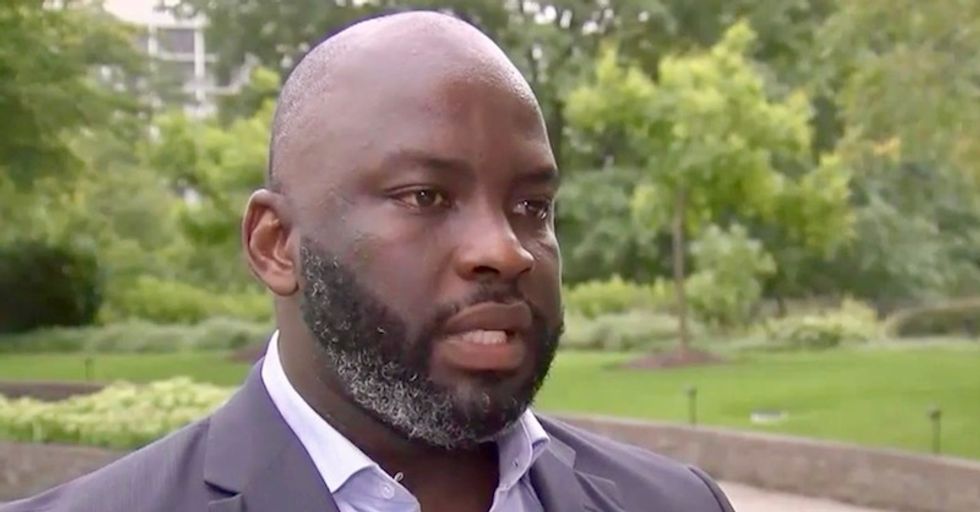 A black Maryland man was beaten with a bike lock and called the N-word by a white 24-year-old after a traffic confrontation in the Georgetown neighborhood of Washington, D.C., reports ABC 7.

The attack comes just a few days before this weekend's Unite The Right rally in the city.

The alleged assailant, Maxim Smith, is facing a charge of assault with a dangerous weapon and is being investigated for a hate crime.

The victim, Ketchazo Paho, was driving through Georgetown when he says he came upon Smith, who was stopped in the middle of the road on his bicycle. Paho says he honked at Smith, and Smith responded by smashing his car with something and calling him the N-word.

Paho then grabbed Smith's bike as he called the police and told him, "you’re not going to leave."

He required 18 stiches as a result.

Police said that they don't know if Smith, who has no fixed address, is in town for the rally.