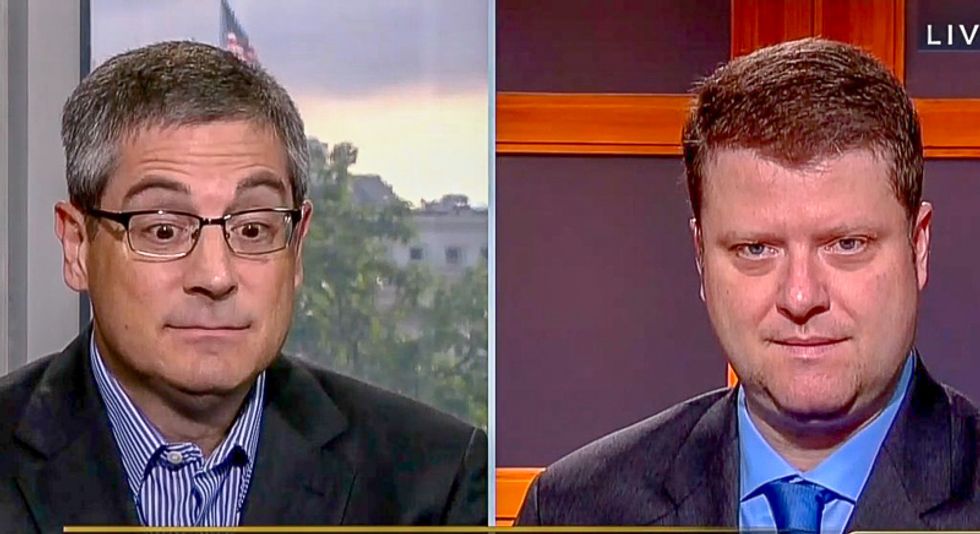 Washington Post columnist Paul Waldman revealed on Sunday that a C-SPAN caller had threatened the life of former President Barack Obama during a racist tirade.

The most exciting part of my appearance on C-SPAN this morning was definitely when a caller shouted "Death to the ni**er Obama!"
— Paul Waldman (@Paul Waldman) 1534689527.0

A Raw Story review of Sunday's Washington Journal suggested that C-SPAN had used its 7-second delay to cut off the caller before the slur aired.

In the case of one racist caller on the Republican line, the C-SPAN host was forced to quickly hang up.

"How do you know this?" the C-SPAN host asked.

At that point, the show's audio cut for about 2 seconds, suggesting that C-SPAN producers censored the caller. It was obvious from the expressions on the faces of the two guests that the caller had said something offensive.

"Let's try to get somebody who has something constructive to add to the conversation," the host said.

Watch the clip below from C-SPAN.