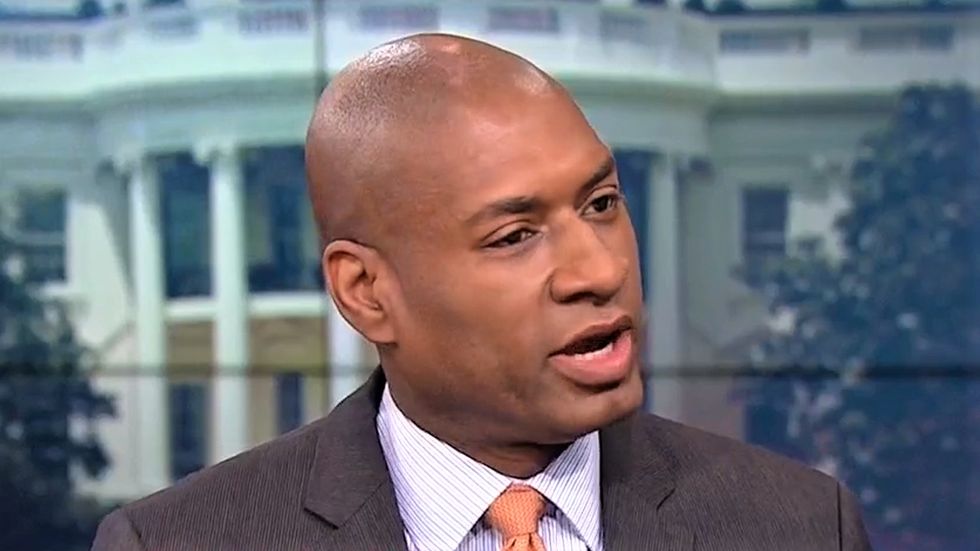 New York Times columnist Charles Blow didn't mince words on CNN Wednesday when breaking down the potential impact that a video of President Donald Trump spouting off racial slurs would have on his biggest supporters.

In particular, Blow said it shouldn't take a video of Trump saying the N-word for Americans to realize that he's a racist, given all the other outrageous statements that he's made for which he's refused to apologize.

"He has never apologized about anything," Blow said. "The only thing he tried to show some contrition about, but not doing it fully, was the 'Access Hollywood' tape because he thought it was going to sink him. And then after he says 'I should not have done that' but 'Maybe it is not even me on the tape.' Which is a total lie!"

Blow then threw cold water on anyone who thought Trump getting caught saying the N-word would end his presidency.

"I think if you found the tape of him using the N-word, it might increase his support among his base," he said. "This does nothing to them, they believe wholeheartedly in this approach, and none of these insults to people who look like me hurt them."