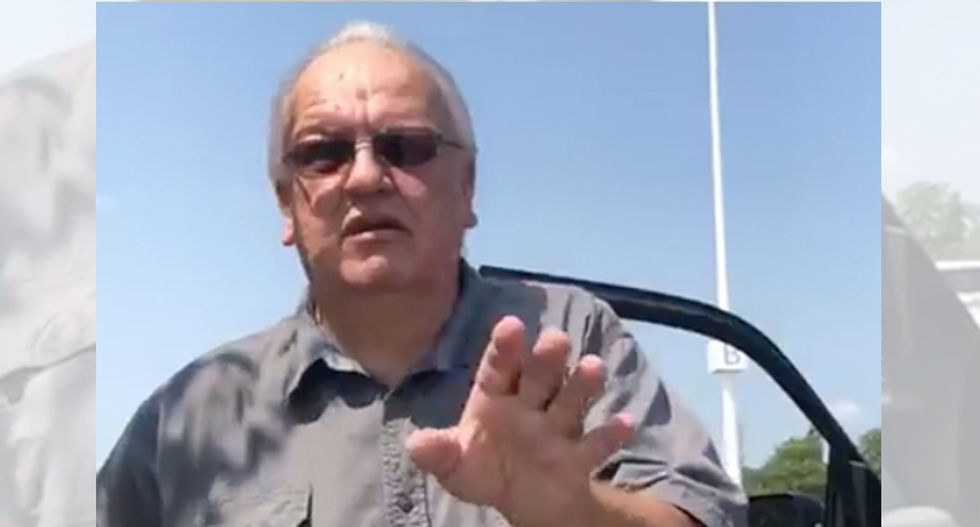 Albion First United Methodist Church trustee and property manager Edward Eugene Sobie, 58, was charged with child sexually abusive activity and distributing or promoting child pornography on Monday. The charges stem from a search of his home after a vigilante group publicized video after they allegedly caught him making arrangements to meet a 15-year-old girl in a sting operation, WWMT reports.

"I spoke with a detective with Albion Public Safety this afternoon," WWMT's Brittany Gray noted. "These ten counts, it could just be the very beginning."

"I'm told they are now working with the Calhoun County Sheriff's office as well as Michigan State Police and additional charges could be coming," she reported.

The church where he worked is now distancing itself from Sobie.

“It's a terrible experience when someone you know is accused of something that you can't wrap your mind around," Albion First United Methodist Church pastor Leslee Fritz said. "We worry about Ed's health, we certainly worry about his well-being, at the same time worrying about any potential victims that might be involved in this case.”

Pastor Fritz confirmed that Sobie was arrested at the church the same week as a community vacation bible school, but denied he would have worked directly with children.

The vigilante group praised local police for their response.

"We just wanna give a a Big Thank You to Albion Department of Public Safety. You guys did an amazing job with this Edward Sobie," CPE wrote on Facebook. "You took what we exposed and looked into it further. And for that this Predator is off the streets tonight not being able to victimize any other young children."