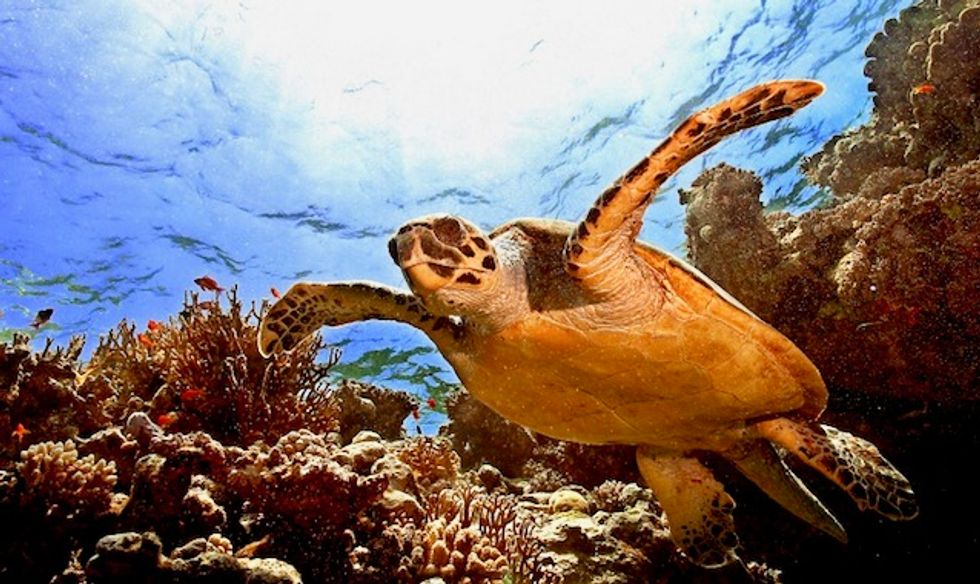 The number of days marked by potentially destructive ocean heatwaves has doubled in 35 years, and will multiply another five-fold at current rates of climate change, scientists warned Wednesday.

Even if humanity does manage to cap global warming "well below" two degrees Celsius (3.6 degrees Fahrenheit), as called for in the Paris climate treaty, marine heatwaves will sharply increase in frequency, intensity and duration, they reported in the journal Nature.

Compared to hot spells over land, which have claimed tens of thousands of lives since the start of the century, ocean heatwaves have received scant scientific attention.

But sustained spikes in sea-surface temperature -- typically to a depth of several metres -- can also have devastating consequences.

A 10-week marine heatwave near western Australia in 2011, for example, shattered an entire ecosystem and permanently pushed commercial fish species into colder waters.

Another ocean hot spell off the coast of California warmed waters 6 C (10.8 F) and lasted for more than a year. Known at "The Blob", it generated toxic algae blooms, caused the closure of crab fisheries, and led to the death of sea lions, whales and sea birds.

"Marine heatwaves have already become longer-lasting and more frequent, extensive and intense in the past few decades," lead author Thomas Frolicher, an environmental physicist at the University of Bern, Switzerland, told AFP.

"This trend will accelerate in the future under further global warming."

Coral reefs -- which cover less than one percent of the ocean's surface but support a quarter of marine species -- are especially vulnerable to warming waters.

"Until now, the corals were often able to recover from such bleaching events," said Frolicher.

"However, if the intervals between these events becomes shorter, the corals will no longer be able to regenerate and irreversible damage can be expected."

"This can lead to a complete change in the ecosystems," he added.

The so-called "business-as-usual" scenario -- the track we are on now -- sees average global air temperature heat up 3.5 C by 2100.

Under the Paris Agreement scenario, global warming is capped at 2 C above the pre-industrial revolution benchmark.

The area covered by marine hotspots has already increased three-fold, and will rise nine- and 21-fold in a 2 C and 3.5 C scenario, respectively.

Marine heatwave may also affect the ocean's ability to soak up greenhouse gases.

To date, oceans have absorbed more than 90 percent of the extra heat generated by manmade climate change. Without that sea-water sponge, air temperatures would be tens of degrees Celsius higher.

It is already known that global warming slows the transport of the carbon absorbed by microorganisms at the ocean surface to the ocean floor, where it can safely remain for millennia.

Marine heatwaves do not affect that "carbon cycle" process, but could make things worse by damaging shallow-water ecosystems that also store CO2.

"That damage can lead to the release of the carbon," said Frolicher.