CNN's Brian Stelter: Trump's tweet claiming press can 'cause war' is 'the kind of rhetoric used by Stalin' 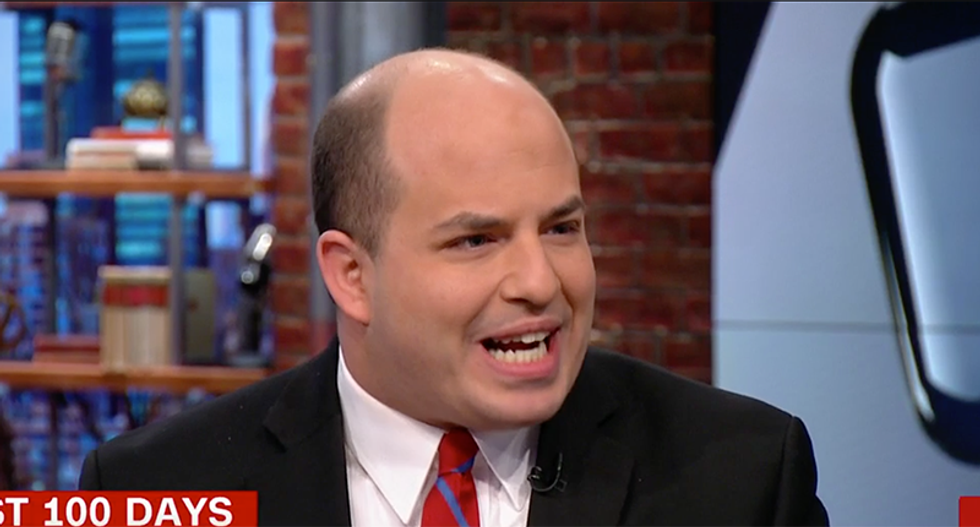 CNN media analyst Brian Stelter on Sunday noted that President Donald Trump's claim that the media is "dangerous and sick" is the type of rhetoric used by Russian ruler Joseph Stalin.

In a tweet on Sunday, Trump continued his assault on the media with a tweet asserting that the press can "cause war."

Appearing on CNN's New Day, Stelter suggested that Trump was trying to create a "monopoly" on information by undermining the press.

"He essentially is on a campaign against anyone who represents an independent source of information," Stelter explained. "The media, Mueller’s investigation, the FBI, the national security apparatus, the congressional budget office, scientists in the case of climate change, I could go on and on. But trump essentially wants a monopoly on information and wants to attack anyone who threatens that monopoly."

"It’s pretty ugly," he continued. "Look, he does continue to ratchet it up a little louder every time. I think of it as a verbal form of poison. Slow acting poison. It trickles through the veins and intended to cause people not to trust what they read and see and hear."

The CNN analyst pointed out that some conservative media serve as propaganda outlets for Trump.

"Largely it’s Fox News and a variety of websites that prop him up and support him almost no matter what," Stelter said. "He thinks of himself almost as a part of Fox News at this point, at least that’s how he was talking at the rally last night"

"When he says enemy of the people, this is extremist rhetoric, the kind of rhetoric used by Stalin and other dictators many decades ago and has its roots in an ugly part of our shared history on this planet," he added. "And so the president when he brings that language back and tries to use that language to divide people, it’s going to end up being a sad chapter of his presidency."