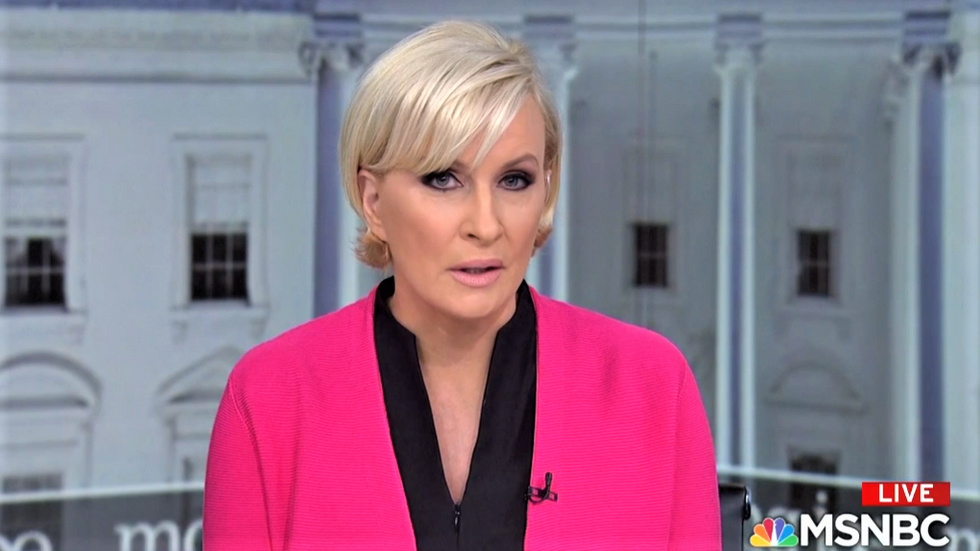 MSNBC's Mika Brzezinski on Friday unloaded on President Donald Trump for his latest unhinged rants during a Thursday night rally in Pennsylvania.

In particular, Brzezinski said that Trump's rambling rally address offered a window into what she described as his "mental decline."

"He's not well," she said bluntly. "That's the bottom line. There's no way anyone who knows Donald Trump, but has not bought in in some way, could watch him last night and not come away with the feeling that the President of the United States is completely unhinged and getting worse by the day."

Brzezinski also noted that former White House staffer Omarosa Manigault-Newman is also alleging that Trump regularly spoke "gibberish" after being elected president, while also claiming that his "mental decline... could not be denied."

"Morning Joe" contributor Donny Deutsch then explained how Trump's mental decline can be observed simply by comparing interviews that he conducted just a decade ago with the interviews he's been conducting since being elected president.

"A few months ago, I watched an hour-long interview I did with him in 2007," he said. "His cadence, his eyes -- he was a different guy. And I would ask everybody to go and look at some old interviews with Donald Trump. He's not just younger. His entire mannerisms, entire way of speaking is different."