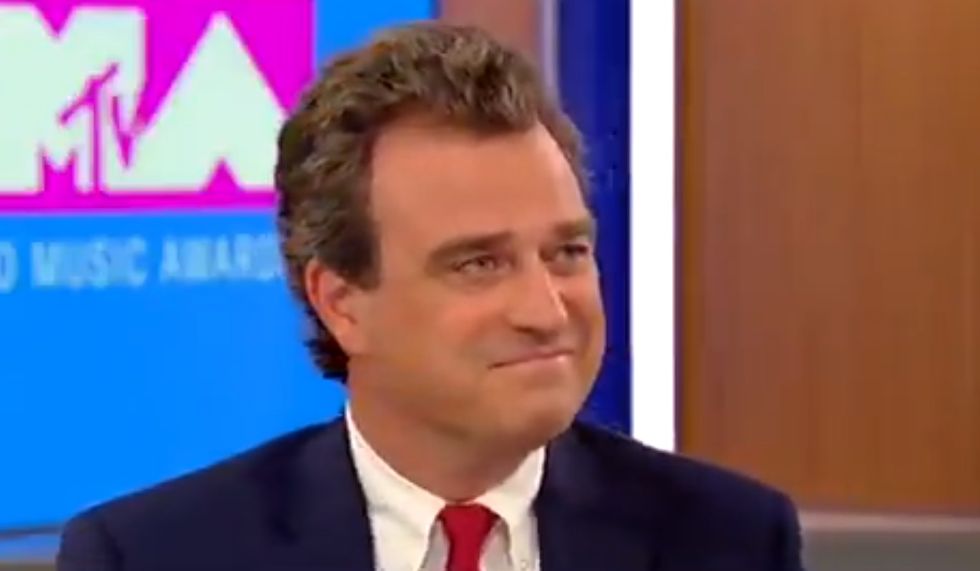 The Washington Times' Charlie Hurt got quickly shut down on Fox News Tuesday when he trotted out a new excuse for President Donald Trump referring to former aide Omarosa Manigault-Newman as "that dog" on Twitter.

During a discussion about presenters at Monday night's MTV Video Music Awards trashing the president, guest Marie Harf made the point that it's baldly hypocritical for anyone to demand that this particular president be treated with nothing but respect.

"Look, Donald Trump says incredibly offensive things on Twitter," she said. "Suddenly we want standards for everybody else, but not the president who calls women dogs and says terrible things about people?"

Hurt then tried to spin away Trump's attack on Omarosa by claiming the president was trying to be nice to her.

As incumbent Jair Bolsonaro faces off a challenge from left-wing former president Luiz Inacio Lula da Silva (known as “Lula”) in Brazil’s October 2 elections, a group of determined Bolsonaro supporters is mobilizing for action, convinced that a communist threat hangs over their country and fiercely defending the sitting president.

In Campo Grande, Rio’s most populous suburb, a line of friends and worshippers has formed in front of a small wooden church, everyone impatient to wish Big Mama – a stout woman with impeccable makeup – a happy birthday. Between a couple of loud laughs and sticky kisses, she says, thrilled: “He sent me a video for my 57th birthday – I’m dying!” “He” is Jair Bolsonaro, her idol, her hero. She sheds tears of joy at the thought of speaking to the president of Brazil, whom she worships – quite literally.An evangelical pastor since the age of 17, Josette Monteiro Marques – better known as Big Mama – preaches both the word of God and that of the Brazilian president in her neighborhood of Campo Grande, a working-class suburb west of Rio de Janeiro. Ever since she was little – and apart from a small hiccup in her 20s when drugs and alcohol kept her away from the divine path for four years – God has sent her daily messages, Big Mama says. He “called” her to campaign for his chosen messiah, Jair Messias Bolsonaro, in 2018. She obliges by publishing regular videos defending the opinions of the far-right head of state for her 178,000 Instagram followers.