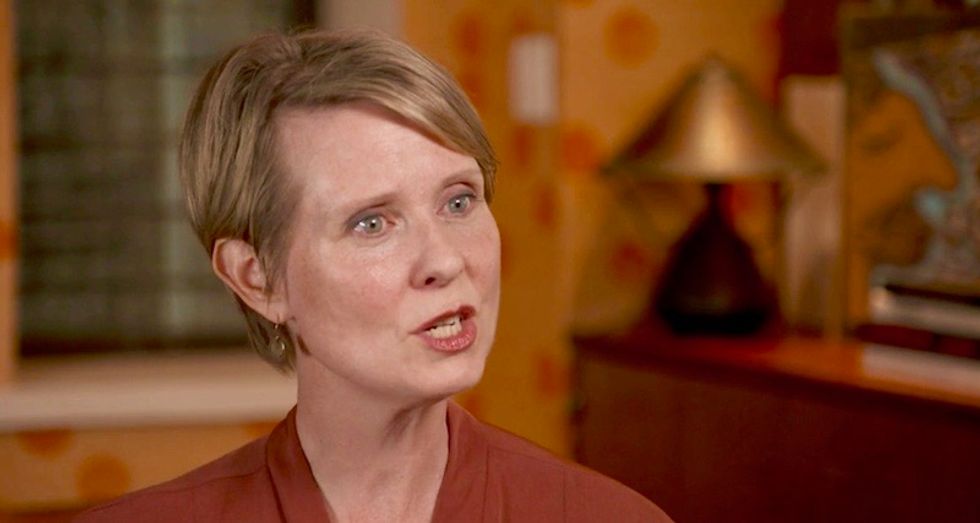 Former Sex and the City actress Cynthia Nixon is running for governor of New York on a progressive platform against longtime governor Andrew Cuomo.

The two Democrats are slated to meet for their first debate on Wednesday, and are already battling—over the temperature of the room.

According to the New York Times, Cuomo prefers chilly rooms.

Nixon and her team are angry about that plan and have stepped forward to demand that the debate hall at Hofstra University on Long Island not be like "an ice rink."

Nixon is demanding that the room be a balmy 76 degrees.

Nixon's spokesperson wrote an email saying that working conditions are “notoriously sexist when it comes to room temperature, so we just want to make sure we’re all on the same page here.” The temperature of offices is sometimes cited as an example of institutional sexism.

Cuomo was only willing to participate in one debate and will not shake Nixon's hand.

“This time we were finally given the opportunity to debate but only by his rules, including no handshake,” Nixon's spokesperson said.

Nixon's outsider campaign has not had the money to buy television ads and so "the debate likely offers her biggest audience yet — but with the tough challenge of both proving her qualifications as a first-time candidate and knocking Mr. Cuomo on his heels."