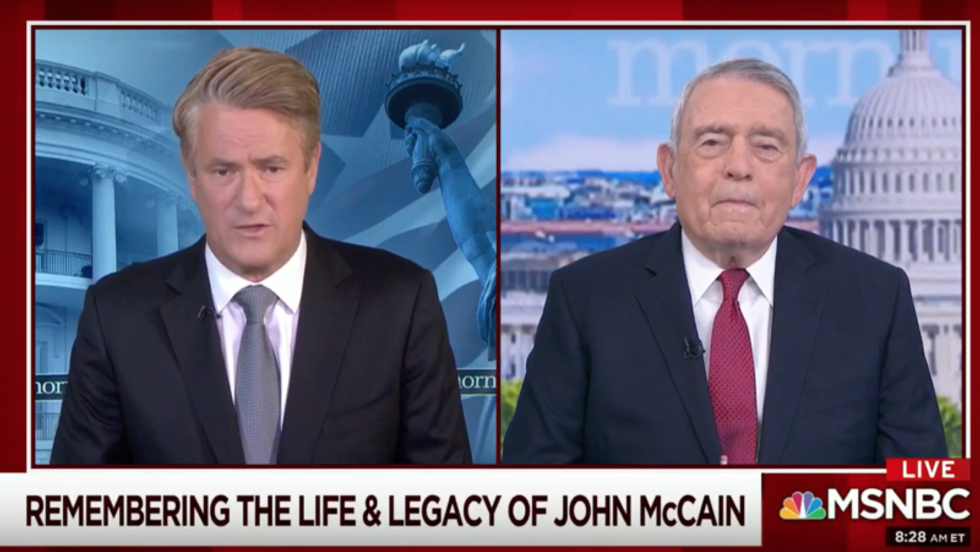 Legendary CBS News anchor Dan Rather paid tribute to John McCain Monday on "Morning Joe", saying that his reputation as a "popular everyman hero" was forged from his service in Vietnam. "He understood what it was supposed to be like as a legislator in the United States Congress, both as a congressman and a senator."

Rather highlighted how McCain's imprisonment by the North Vietnamese irrevocably changed the young pilot. "If you look at John McCain and his record before he went to Vietnam, before his imprisonment, then you compare it with what happened to him afterward, there's virtually no comparison," Rather said. "He finished low in his classes at the Naval Academy, and he was known, he said himself with a great smile, he was a hell-raiser when he was a younger man."

That all changed after his POW experience. "Why wouldn't we believe being in a Vietnamese prison for almost six years -six years- wouldn't change a man?" Rather said. As a result, McCain "understood that to legislate you have to talk to people on the other side. Somewhere along the line you have to compromise."