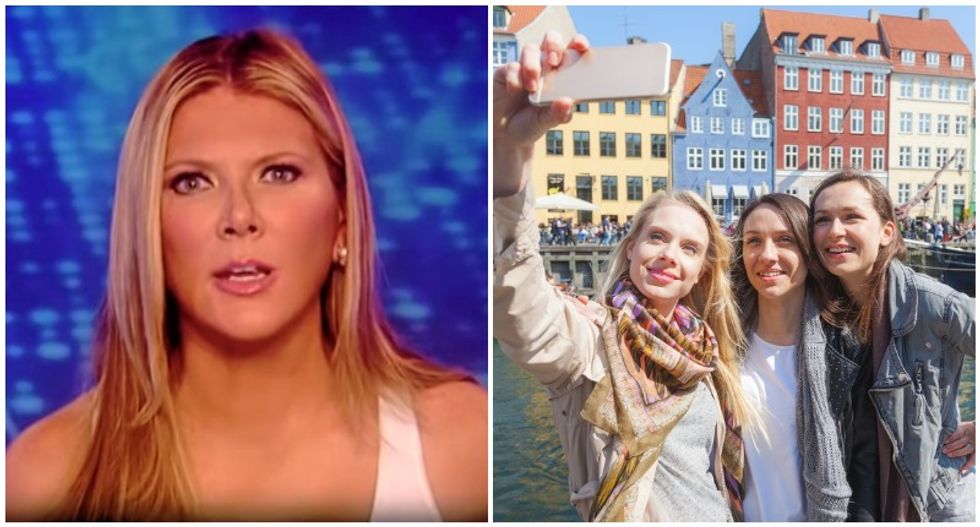 In particular, Regan tried to portray Denmark as an economically stagnant country whose top tax rate of 56 percent stifled incentives to work.

"There's something rotten in Denmark!" Regan declared on her Fox Business program last Friday, quoting a famous line from Shakespeare's "Hamlet." "Those 'freebies,' well, they're anything but free... everyone in Denmark is working for the government!"

As Bloomberg reports, Danish officials are now condemning Regan's commentary as wholly inaccurate, while at the same time inviting her to come see their homeland for herself.

"So Danes don’t want to work? 11 places better than U.S. in OECD statistics!" wrote Danish Finance Minister Kristian Jensen on Twitter. "We are working much more than Americans and at the same time ranking as the world’s best in work-life balance. You should come to Denmark if you dare to be confronted with the facts."

He then posted a chart showing that Denmark's employment-to-population ratio is significantly higher than in the United States.

Lars Gert Lose, Denmark's ambassador to the United States, also knocked Regan for ill-informed editorializing, and he similarly supplied her with a fact sheet that she could use to better educate herself.

"Go see Denmark for yourself (we would love to assist)," he wrote. "Although lack of cupcake cafés probably will be disappointing."