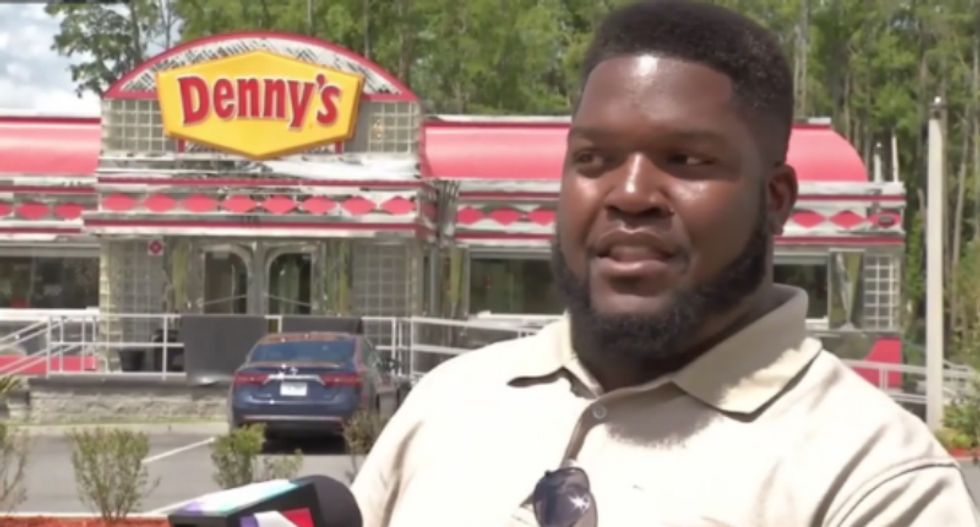 Lake City, FL resident Elijah Henderson standing outside the Denny's where he claims he was discriminated against. Image via screengrab.

An executive from Denny's was forced to apologize to a black man after he was turned away at a Florida location — only to seat another party who came in right after his.

News4 Jax reported that Elijah Henderson Jr. went to a Lake City, Florida Denny's location with his church group of 25 people over the weekend. When he arrived, a waitress told him she wouldn't be able to accommodate the group because the restaurant was short-staffed, with only her and the cook working.

Moments after she told Henderson and his group she couldn't accommodate them, the man told News4, she proceeded to seat another family who walked in after them.

"Is it the color of my skin?" Henderson told the Jacksonville news station. "Because everybody else was eating and drinking, and she was, like, 'I am not going to be able to accommodate you all.'"

After the man took the incident to Facebook Live, Denny's chief operating officer Chris Bode reached out to him. According to Henderson, the COO told him the company works with a diversity department — but he nevertheless gave him a piece of his mind.

In a statement, Denny's said it has terminated the employee who turned Henderson and his party away and that it does not tolerate discrimination.

You can watch News4's report on the incident below: