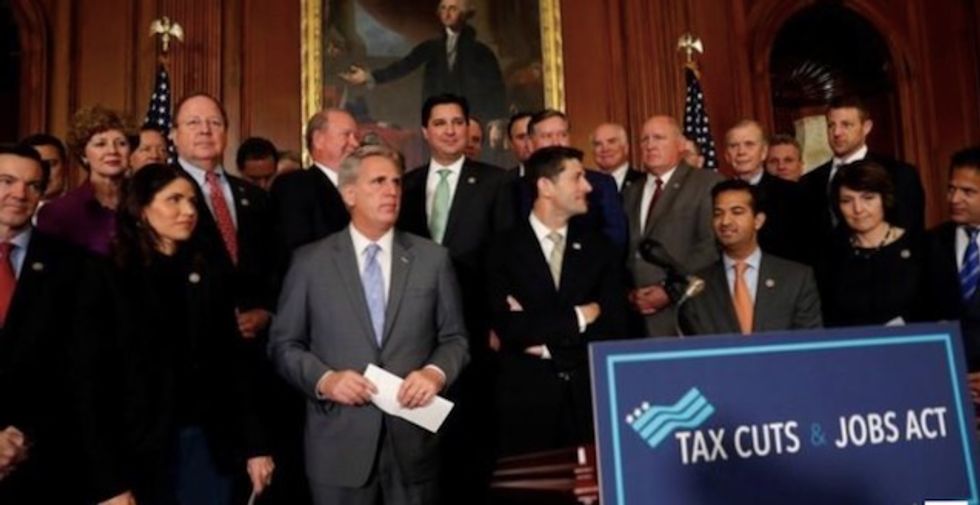 Republicans in Congress have become the Party of Trump, abandoning their self-avowed conservative principles to enable his agenda:

When Trump attacks the Mueller investigation they claim it’s not necessary for Congress to protect the investigators. A group of House Republicans even took the unheard-of step of filing articles of impeachment against Deputy Attorney General Rod Rosenstein — less than 2 weeks after Mueller’s investigation, the investigation Rosenstein is supervising, issued 12 additional indictments against Russian operatives.

When the Trump administration separates immigrant children from their families at the border, congressional Republicans do nothing.

When Trump insults our allies and cozies up to Vladimir Putin, they take no action to constrain him.

When Trump personally profits from business deals with foreign governments, they don’t investigate his conflicts of interest, ignoring the Constitution’s emoluments clause.

The Framers of the Constitution never intended for Congress to become a political arm of the president. Before Trump, Congress had exercised its oversight authority to hold the executive branch accountable, conducting investigations, holding public hearings. Twice in history, the House has impeached a president for “high crimes and misdemeanors.”

So why have Republicans, who now control Congress, surrendered their constitutional duty to rein in this out-of-control president?

It’s not just that Trump has commandeered the party, making threats against lawmakers who cross him.

Here’s the real reason for the Republicans’ abdication of their Constitutional responsibility: Establishment Republicans and their wealthy donors tolerate Trump’s attacks on our democracy as long as he gives them massive tax cuts and slashes regulations so they can make even more money.

It is time to hold Trump’s enablers accountable, and vote them out of office. This November 6th, we can send them packing.

Every race counts. Every vote matters in order to restore Congress to its constitutional role of checking the presidency.