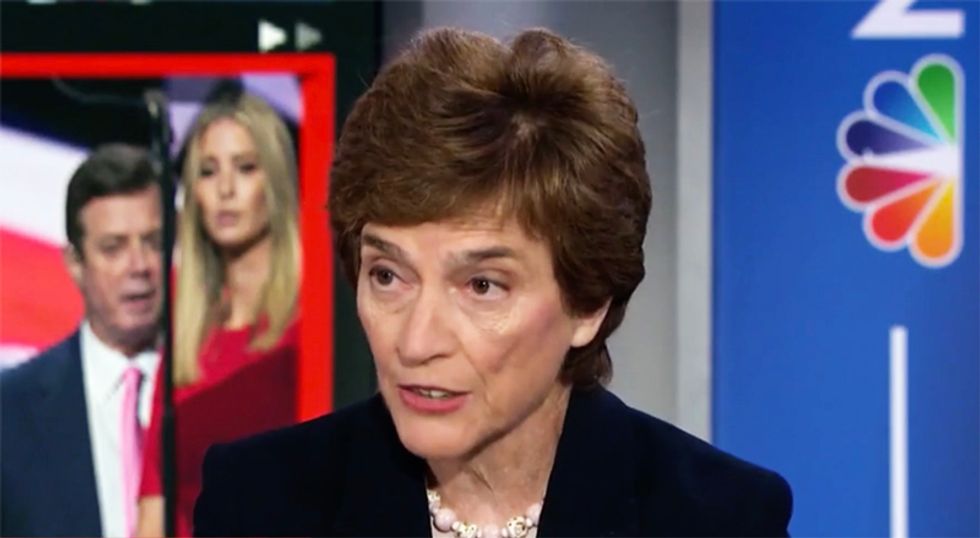 "When is the last time such a vortex of alleged and confirmed criminal activity spun around the United States presidency?" Hayes asked.

"Watergate, and I remember it," Holtzman said. "The tentacles are spreading and here it is the same thing. It's was very sad."

She said that President Donald Trump is a "wimp" for not sitting down with the Special Counsel Robert Mueller.

"[He is] disturbing the facts," she said. "The president on one hand, kind of a flim-flam, 'Oh, I want to talk to the special prosecutor, and talk to Robert Mueller,' but he is kind of being a wimp."

She said that President Trump would never sit in front of the special Counsel Robert Mueller.

"What it does is reminds me of is  Watergate and we are getting to a very close intense time for him," she said. "Giuliani thinks that if the president doesn't come forward and testify, that Mueller is going to give up. The subpoena is what triggered the downfall of Richard Nixon. I don't know how the president can claim that he is innocent, if there is a subpoena, and he refuses to come forward. What is he hiding? Why is he hiding?"