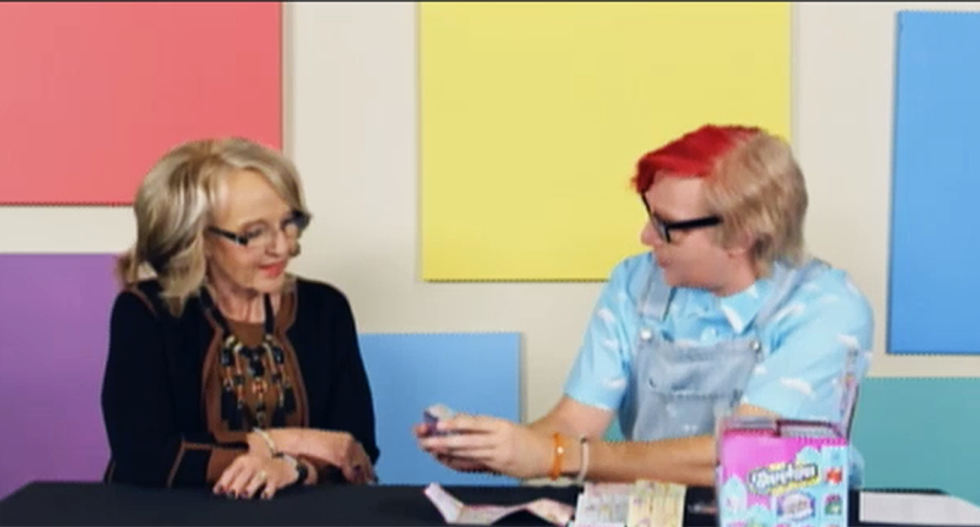 In a quick interview with Sacha Baron Cohen's Danish YouTube character OMGWhizzBoyOMG, former Arizona Gov. Jan Brewer explained to a toy why it should be able to have the automatic weapon that it wants.

"I'm Fizzy Fireworks," Cohen said as the voice for the toy Brewer unboxed. "I don't know how to tie my shoelaces but please can I have a semi-automatic gun? I would be very good at shooting."

"Uh, a certain kind of gun you can," Brewer responded to the toy. "Certain kind of machine guns are off grounds. They ought not to be though."

She then asked the toy how old it was. Cohen explained in his toy voice that it is 21 years old but has the mentality of a 3-year-old.

"But the majority of people aren't mentally ill. They're not running around--" Brewer said before Cohen interrupted her.

"I'm not mentally ill, I just want to ethnically cleanse all of the limited edition Shopkins," Cohen made the toy say.

"Oh, but can I still buy the gun please?" Cohen asked.

Watch the encounter below: