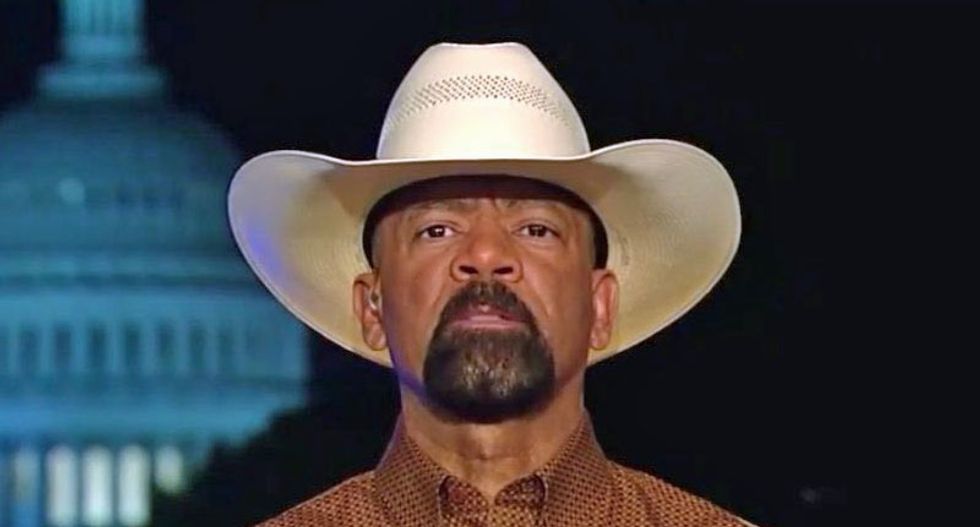 Former Wisconsin Sheriff David Clarke confessed that he wasn't fooled by accused Russian spy Maria Butina, but he was fooled by his former business partner.

According to a tweet captured by Fox6News, Clarke said he was "duped" by a man he says is an operative of the Muslim Brotherhood.

Clarke was one of the officials that Butina's group spent $6,000 on for a 2015 trip to Russia. If he wasn't fooled by Butina, it's unclear why he went to Russia with her.

“I was DUPED, not by Maria Butina but by @libertylover202 who is HEDIEH MIRAHMADI, reported to be  Muslim Brotherhood operative in US government by many. People warned me. All I know is I am distancing myself now,” Clarke tweeted.

Mirahmadi is a lawyer who has worked for the federal government and emphatically denies being associated with the Muslim Brotherhood.

“I wrestled with a bear and got maimed,” she said of her work with Clarke. “I consider his accusation laughable but need to confer with my attorney before I make any further comment.”