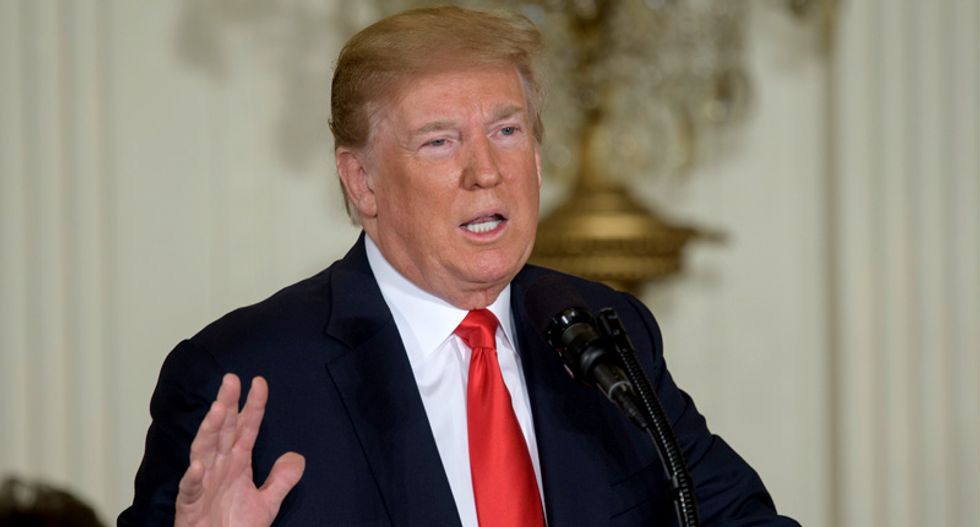 Portland, Maine's Sun Journal reported that Maine Secretary of State Matt Dunlap — a former member of the now-disbanded Presidential Advisory Commission on Election Integrity — claimed the Trump administration published false statements about the existence of "substantial evidence of voter fraud." The administration's intent, according to Dunlap, was to promote a "pre-ordained objective: ratifying the President’s statements that millions of illegal votes were cast during the 2016 elections."

Along with a letter to the White House condemning it for making false statements, Dunlap also published a trove of documents backing up his claim that the administration lied to promote the theory Trump popularized after the election in which he won the electoral college but lost the popular vote to Hillary Clinton.

"After months of litigation that should not have been necessary, I can report that the statements of Vice Chair [Kris] Kobach and the White House were, in fact, false,” the Maine secretary of state wrote in his letter to the White House. “I have reviewed the Commission documents made available to me and they do not contain evidence of widespread voter fraud."

"Indeed, while staff prepared drafts of a report to be issued to the commission, the sections on evidence of voter fraud are glaringly empty," he continued. "That the commission predicted it would find widespread evidence of fraud actually reveals a troubling bias."

Dunlap, a Democrat, sued the electoral integrity commission in 2017 after the Justice Department resisted his requests to review documents that were supposed to prove widespread voter fraud. In late July, a federal judge ordered the DOJ to hand the documents over, and after reviewing them, Dunlap released them all to the public to bolster his accusations.

"There is no single document that reveals there is no widespread voter fraud,” Dunlap wrote in the letter to Vice President Mike Pence and Kobach, the Kansas Secretary of State who led the commission. “Instead, I rely on the lack of any evidence in the totality of what I have reviewed."

"After reviewing the material, I have concluded that my only recourse is to publish all of the documents made available to me," he continued, "so Americans can conclude for themselves that evidence to support the statements of Vice Chair Kobach and the White House regarding the purported preliminary findings of the commission does not exist."

You can view the election integrity commission documents released by Dunlap via the Maine Secretary of State's website.