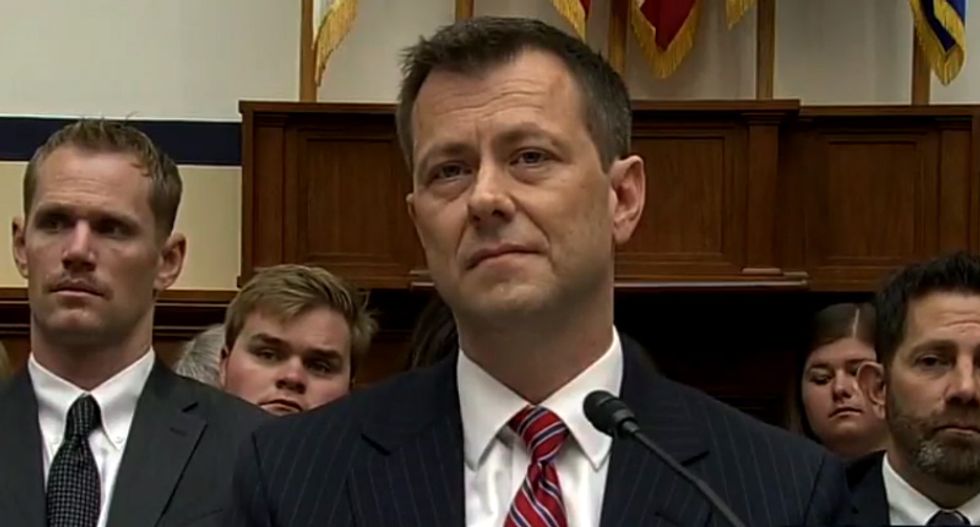 The Federal Bureau of Investigation on Monday fired agent Peter Strzok, whose text messages critical of President Donald Trump and other politicians were used by the president as evidence that the FBI was biased against him.

The Washington Post reports that "FBI Deputy Director David L. Bowdich ordered the firing on Friday," despite the fact that the office initially only recommended that he face demotion and a 60-day suspension.

Strzok's attorney, Aitan Goelman, criticized Bowdich's decision to fire his client and claimed that it was outside the bounds of normal disciplinary protocol for FBI agents.

During the 2016, Strzok would regularly text with attorney Lisa Page expressing his distaste for Trump. The most controversial text was when Strzok said that he would "stop" Trump from getting elected, although the agent never took any concrete action -- such as leaking news that Trump's campaign was under investigation for possible ties to Russian government agents -- to undermine Trump's candidacy.

In fact, the Department of Justice's inspector general said that while Strzok's text messages were inappropriate, they were not in and of themselves proof that his work at the FBI was tainted by his personal views.

Strzok was initially part of special counsel Robert Mueller's investigation into Russian interference in the 2016 presidential election, although he was quickly removed from the probe after his anti-Trump texts were unearthed last year.