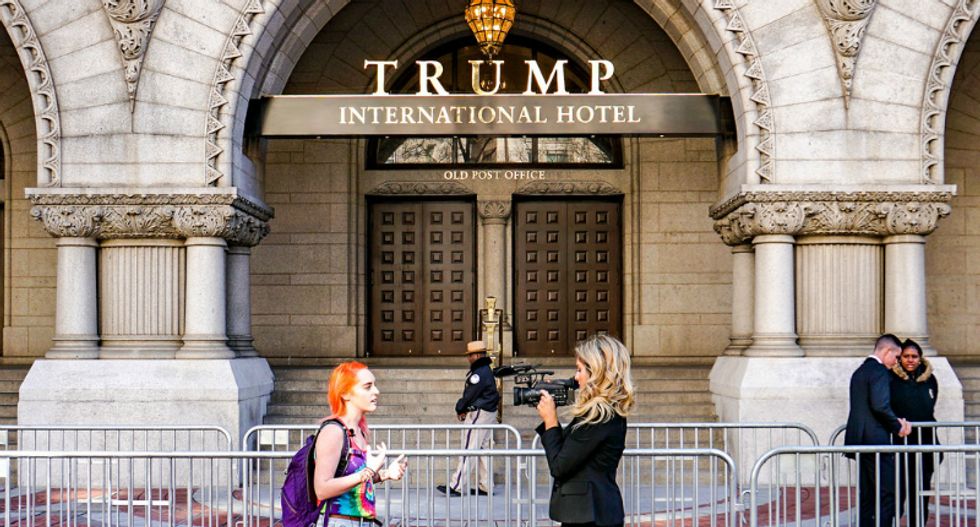 A protester is interviewed outside of the Trump International Hotel in Washington, D.C. (image via Ted Eytan/Creative Commons).

A federal judge has dismissed a lawsuit brought by a group of House Democrats seeking records on Donald Trump's Washington, D.C. hotel.

The Wall Street Journal reported that U.S. District Judge Amit Mehta wrote that the group of 17 Democrats seeking the large cache of documents on the Trump International Hotel in D.C. have no legal standing to bring the suit.

The report noted that the Obama-appointed judge wrote in his opinion that there is no legal precedent for the type of request the congressional Democrats were suing over.

Mehta added that "the House members had other options to settle disputes over documents, including a formal subpoena from a congressional committee or other institutional responses from Congress," the Journal noted.

"The fact that a political remedy is hard to achieve does not automatically swing open the doors to the federal courts," the Obama appointee wrote of the suit brought by Democrats on the House Oversight and Government Reform Committee.

In their lawsuit, the report added, the Democrats cited the obscure "Seven Member Rule" — a 1928 law that "enables any seven members of the panel to request and receive documents from the federal government."