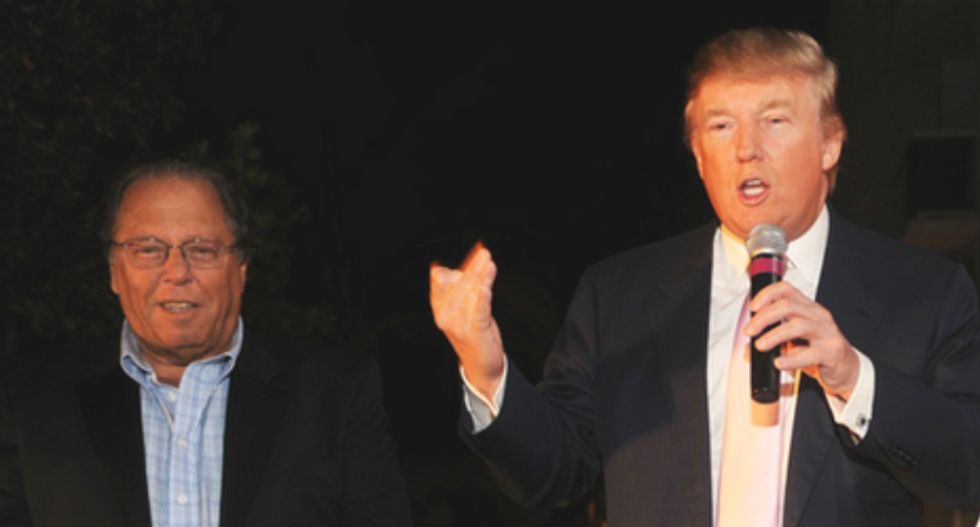 The Miami-area owner of Trump Towers III once said he avoided a personal relationship with Donald Trump because he feared he would be asked for money.

The Miami New-Times reported Monday that "megadeveloper" Michael Dezer revealed his anxieties when he testified in 2016 about his relationship to then-presidential candidate Donald Trump.

"Donald Trump was also my associate for many years, and we didn't want to talk personal [sic]because I was afraid he was gonna ask for money," Dezer said during a June 2016 investigation into former North Miami Beach Mayor George Vallejo.

The Israeli developer acknowledged that he'd learned his lesson from doing business with him.

"As much as Donald Trump [has], and I'm the little guy from here," Dezer continued. "I learned it a long time ago, don't go personal."