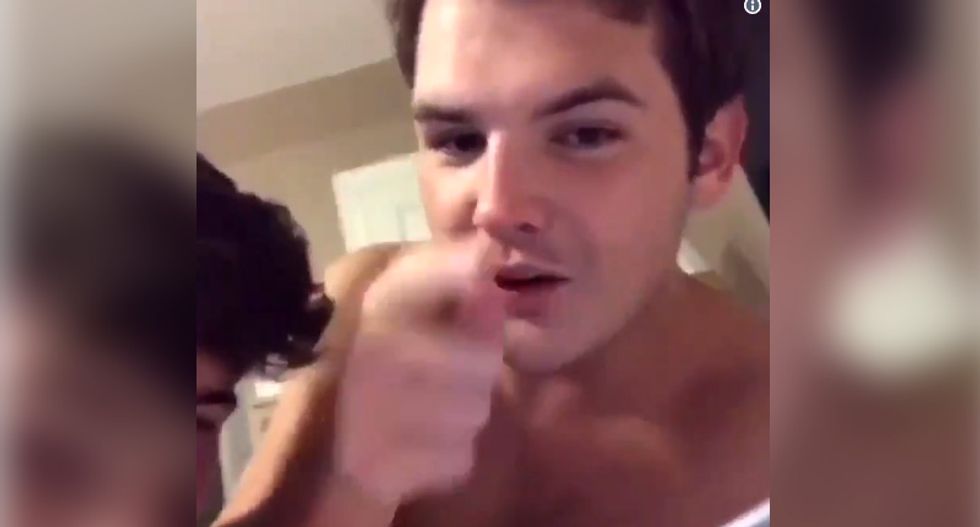 A high school athlete in North Carolina has been caught on video making racist and sexist remarks.

The student, a senior at Jordan High School who plays football and lacrosse, repeatedly says the N-word, insults women, and pledges support for President Donald Trump. According to the Herald Sun, he sent the video to a female student who then shared it on social media.

"I f*cking love Trump, f*ck the liberals," the teen says in the video.

Aminah Jenkins, the student body president, shared the video on Twitter this week and encouraged others to spread it.

Keep retweeting and reposting this. Hate has no home at JHS and certainly doesn’t deserve a scholarship. https://t.co/tonysKmEAp
— aminah (@aminah) 1532905254.0

"People are pretty upset, and they want something to be done," she told the Herald Sun. "Our main concern is not his political views, it’s his views toward women and his use of the N-word that’s the main concern. That’s what’s got people so upset."

Jordan Principal Susan Taylor sent out a robocall to parents, in which she said the video did not "reflect the values of our faculty, staff, student body, community, or the impacted families."

Some students want the athlete to be suspended from sporting activities. But it is unclear if the unidentified student will receive any punishment for the video, which was not recorded on school grounds.

“Our legal counsel has advised us that we may address incidents that occur outside of school if they have a substantial impact on the school community,” Durham Public Schools spokesman Chip Sudderth said. “However, laws that protect student privacy restrict us in what we can communicate about such incidents.”