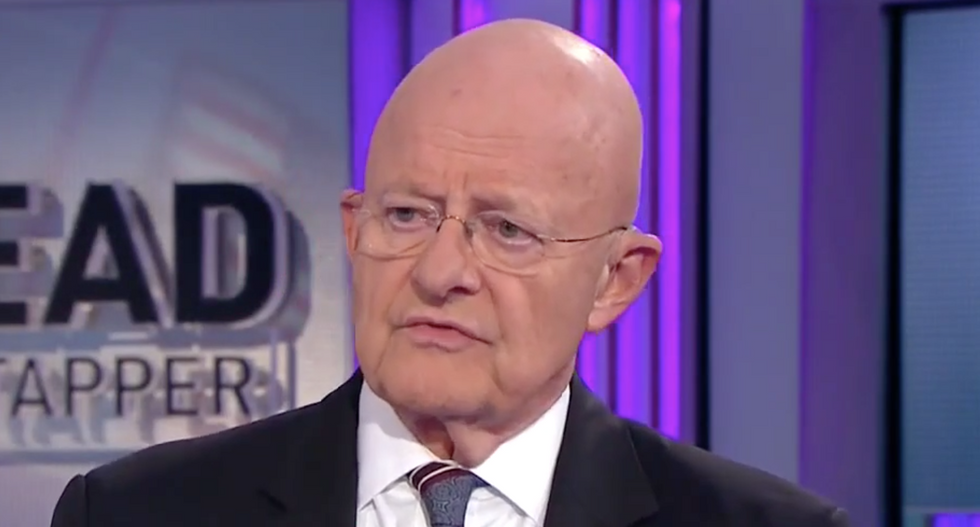 As many observers noted, this appeared to be a brazen move by the president to use the powers of his office to punish a critic. The White House also released a list of other former officials — all critics of Trump — who might have their clearances revoked. Clapper told CNN host Brooke Baldwin that while the specific issue of security clearances is not the most crucial topic, the president's decision nevertheless represents a serious break with tradition and a threat to freedom of expression in the United States.

"Will the republic stand or fall on whether John retains his access to classified information, or mine or any others that were named?" he said. "Of course not. The larger issue here, to me, throughout, has been infringement on First Amendment rights. And I think people ought to think seriously about that."

Asked exactly what he meant, Clapper said, "Infringement of our right to speak, and apparently the appropriateness of being critical of this president. Of which, in one degree or another, all of us have been."

He continued: "It's unprecedented. I don't know of a case where this has ever been done in the past. I mean, access to clearances normally would be done completely by a sponsoring agency. So in John's case, the sponsoring agency is CIA. And normally, if there were going to be an action taken like this, it would be done at that level. And not by the White House or not by the president himself. So this is, at least in my memory, unprecedented."