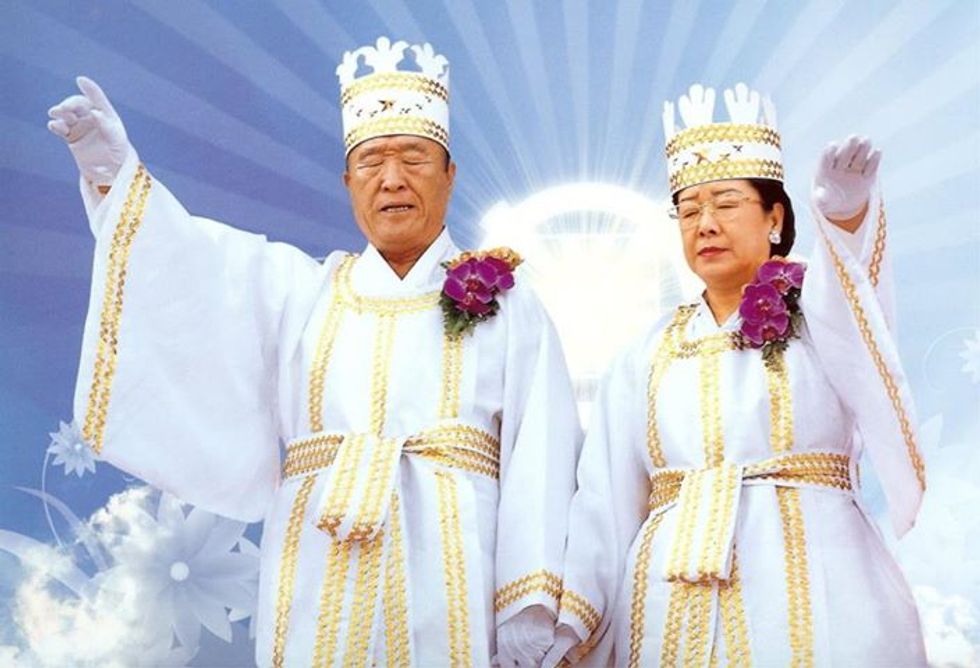 Lisa Kohn, a former member of the Unification Church cult led by self-proclaimed Messiah Sun Myung Moon, has opened up about her "beyond terrifying" experience of leaving the church while she was just a college student.

Moon, who died in 2012 and who founded the right-wing Washington Times newspaper, allegedly used sleep deprivation to help keep mental control over his followers -- and to convince them to hand him control of their personal finances.

Kohn explains that she was taken into the cult by her mother at a very young age and she said she found it "intoxicating" to be part of an organization that offered her a simple, unquestionable version of the "truth."

"The Church felt safer, and I felt safer having structure and knowing that there was a Truth and we had found it," she writes.

However, she began questioning the church as a teenager before finally deciding to make a break with it while a college student. Leaving the church wasn't easy, however, as she found herself without the belief system she'd held since she was a child.

"Without realizing what I was doing, I tried to punish myself for deserting God and the Messiah through anorexia, cocaine addiction, and my own abusive relationships, to name a few," she writes. "But somehow I had a will to survive. I started eating again before my anorexia was incurable, stopped using cocaine when I realized I was looking for it every day and found the strength to leave my alcoholic fiancé and start anew."

Kohn's full book about her experience in the Unification Church is called "To the Moon and Back: A Childhood Under the Influence."