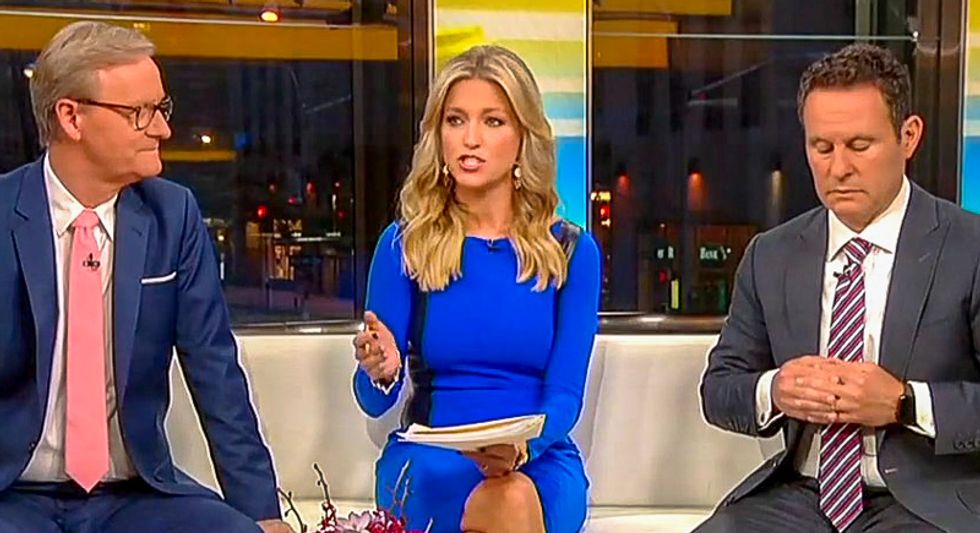 "We're not going to Make America Great Again," Cuomo said on Wednesday. "It was never that great. We have not reached greatness. We will reach greatness when every American is fully engaged."

On Thursday, Earhardt encouraged Fox News viewers to email the network with comments about Cuomo.

"We want to know what you think," Earhardt said. "We defeated communist Japan, radical Islamists. We ask our men and our women to go overseas to fight for our country and sacrifice so much for this great country so that we can be the land of the free, the land of the brave."

"We're the most generous country in all of the world," she continued. "Yes, we have our faults. But because of this country, our world is definitely a better place. We are great."

"Communism and Japan and so many other things," Doocy stated.

In fact, Japan was ruled by emperors, not communism, before being defeated in World War II.