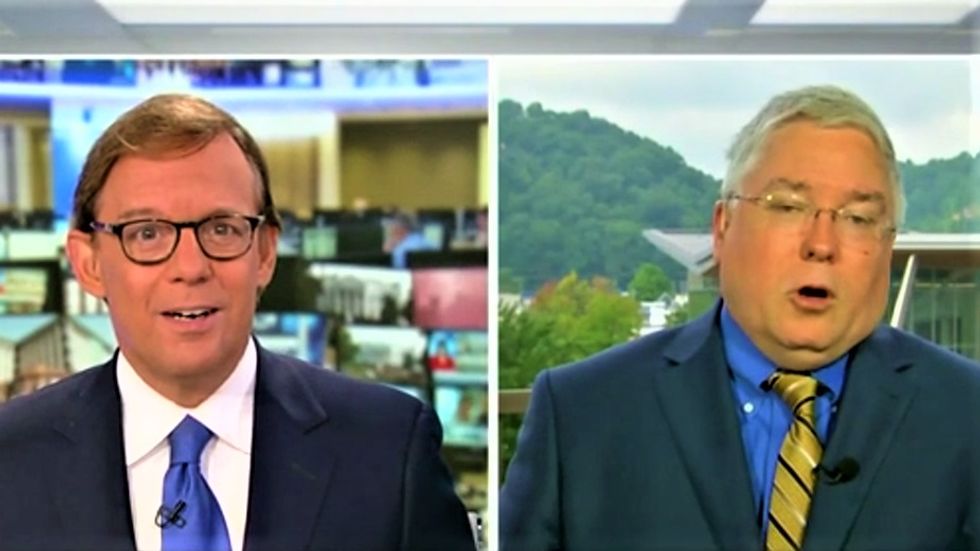 In an interview with Fox News' Eric Shawn, Morrisey tried to suggest that it wasn't important that both longtime Trump associates were going to jail because special counsel Robert Mueller's probe had yet to indict anyone from Trump's campaign for conspiring with Russia during the 2016 presidential election.

"One thing I can see already, and the Mueller probe proved, is that there was no collusion," he said. "And so, this has been a witch hunt for a long period of time."

Shawn quickly interrupted him and pointed out that he never asked about Russian collusion, only Trump attorney Michael Cohen's damning admission that the president had directed him to make an illegal campaign donation that would serve as hush money for former Trump mistresses.

"Look, I can't speak to the motivations of someone who may have multiple charges against him, is trying to cut a deal," he said. "But so far, I can tell you this: No one so far has directly implicated the president."