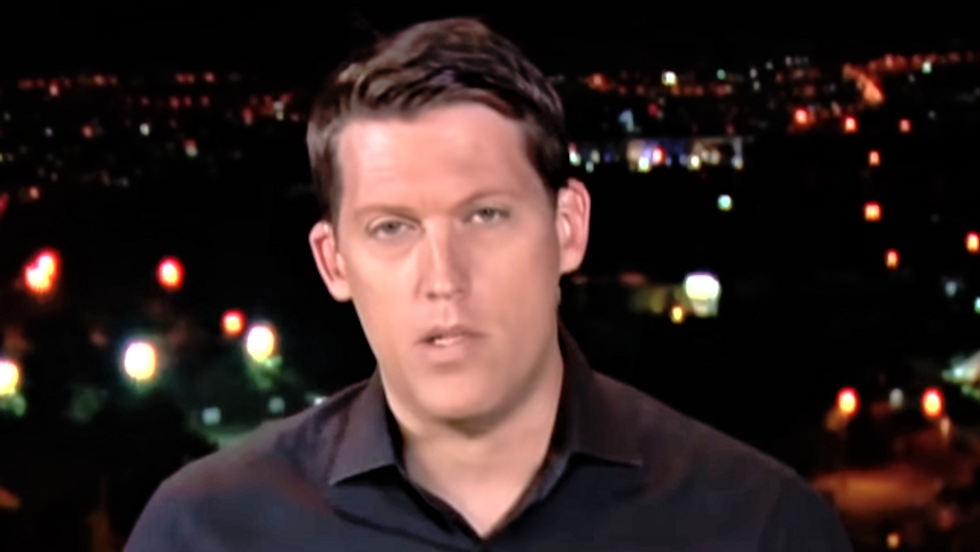 A Fox News correspondent has abruptly resigned from his job amid reports that Fox staff members are tired of seeing the network transformed into a pro-Trump propaganda channel.

The Wrap reports that Fox News foreign correspondent Conor Powell stepped down this week after nine years reporting for the network.

"After nearly 9 years, I have decided to resign from Fox News," Powell announced on his Facebook page. "Those of you who have spoken to me in recent months, you will understand why I am leaving FNC."

While Powell himself hasn't publicly stated why he's stepped down, a source within the network tells The Wrap that he's just one of many people on the news team who are frustrated with the network's emphasis on supporting Trump-loving opinion hosts such as Sean Hannity, Tucker Carlson, and Laura Ingraham over more hard news reporting.

Fox News military analyst Ralph Peters earlier this year similarly stepped down from Fox News, while specifically calling it out for being a "propaganda" operation for President Donald Trump.

"Today, I feel that Fox News is assaulting our constitutional order and the rule of law, while fostering corrosive and unjustified paranoia among viewers," Peters said in justifying his resignation.