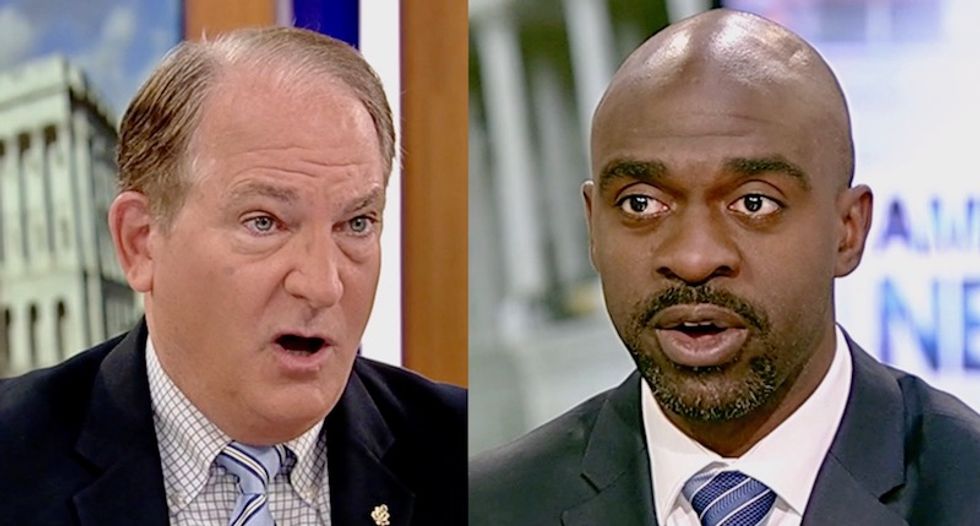 Department of Justice official Bruce Ohr is testifying behind closed doors in a hearing led by House Republicans on Tuesday.

Throughout the discussion, Blakeman, a former staffer for George H.W. Bush, maintained that there was "a cloud over the FBI" and that "the American people were outraged."

"I think we could have gotten some real answers in front of the American people," Blakeman said. "What I'm really concerned about is Ohr's relationship with Steele. When the FBI cut him off, Orr continued this relationship.... this stinks from top to bottom."

"There's no doubt that the FBI at the highest levels was bending over backwards to do things they wouldn't do in any other case and using information against a candidate for president—it's unheard of," he said.

Blake, a New York Democrat, was not having it.

"That's a pretty ludicrous statement, to tell me there was you believe there was a conspiracy," Blake said.