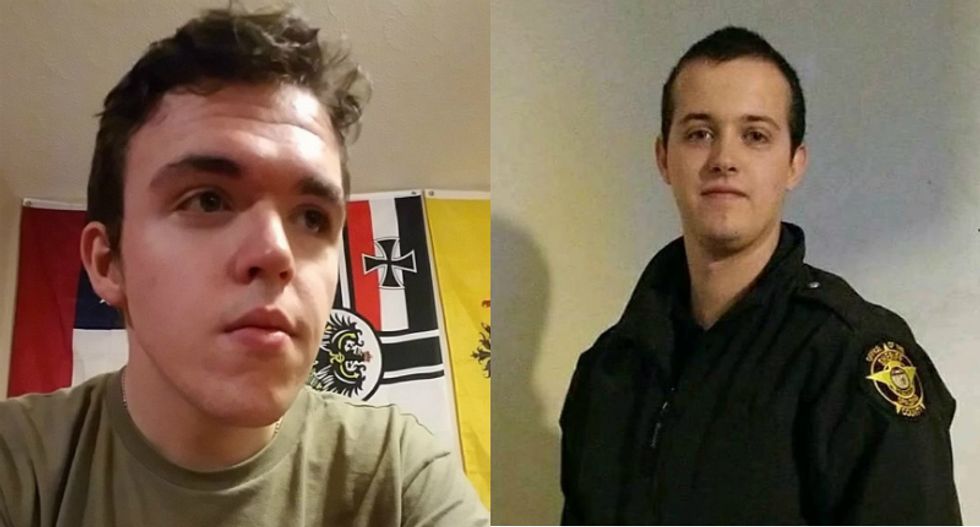 Two Georgia jailers are off the job after antifascist activists exposed their neo-Nazi comments to the public.

The Atlanta Journal-Constitution reported Monday that Howard Costner and Jesse Jones were fired from their jobs with Spalding County Sheriff's Office after comments they made on social networks were exposed by the Atlanta Antifascists group.

"I’ll say this I am extremely right winged and I view racism as normal,” Howard, pictured with a German World War I flag featuring an iron cross and eagle — symbols that later became associated with the Nazis — wrote in a comment on YouTube posted last year. “Just read the definition of racism and it’s not a bad thing."

In his user profile on the gaming network Steam, Jones included the popular right-wing "Hitler did nothing wrong" meme in his bio section.

In a statement to the Journal-Constitution, the Spalding County Sheriff's Office noted that both men had been with the department for less than a year and that beyond some "minor disciplinary problems" attributed to Costner, they had no indication of their leanings.

"No use of force, nothing where there were claims of him violating people’s civil rights or mistreating (people)," Spalding Sheriff Darrell Dix told the newspaper. The report also noted that a woman who identified herself as Costner's mother claimed the man's comments online don't reflect "who she believes him to be as a person."