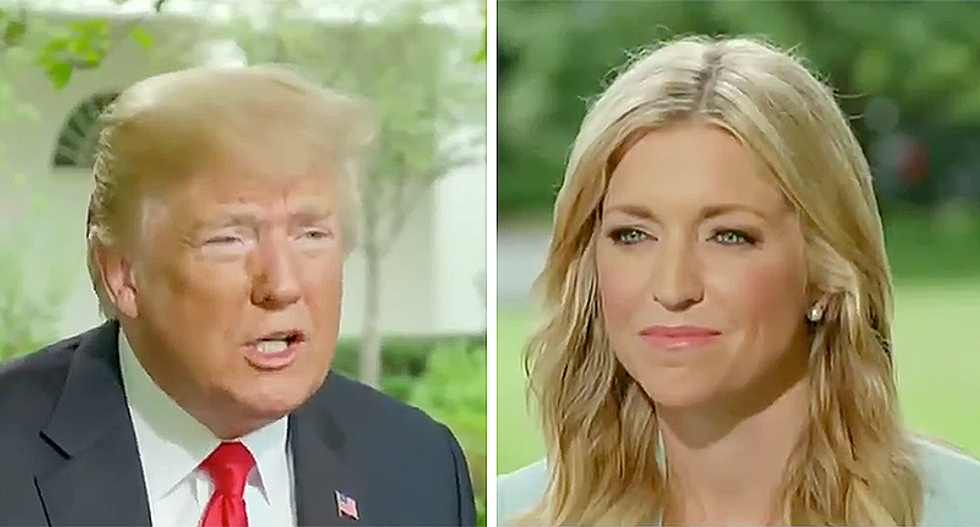 New York Times political correspondent Nicholas Confessore revealed one of the ways in which Fox News has actually helped Americans over Donald Trump.

During a Thursday panel discussion with MSNBC's Nicolle Wallace, Confessore explained that, time and again, Trump hurts himself by what he says on Fox.

The conversation surrounded the harm that the president is doing for Republicans on the ballot in 2018. In a New York Times report, Republican Congressional Committee chair Tom Cole (R-OK) was quoted advising members to do whatever they need to do to protect themselves. Its advice Times op-ed columnist Bret Stephens said Republicans should have been following from the beginning.

"The Republicans prevaricated. They closed their eyes in increasing evidence of malfeasance, misfeasance, lunacy on the part of the president," Stephens said. "They allowed their long-held views to be completely perverted and distorted. They started sounding like people who would have been unrecognizable to themselves just a few years earlier."

Wallace noted she has a 6-year-old, who "wouldn't need permission to distance himself from a crude crass lying bully." She went on to call it "pathetic."

Confessore agreed, saying that there was "no honor here" and that no one in the GOP is willing to do the honorable thing unless they're stepping out of office. He explained that the members say that they need the base so they have to support Trump no matter what.

"But you know, it's so convenient because these same members of Congress were participating for years in whipping up the frenzy within that base and feeding into the Fox News, the conspiracy theories, all of that stuff," said Mara Gay of the Times editorial board. "So, they've played along and then now for them to turn and say, 'Oh, well, this is a bridge too far.' I think it's a little too late."

Wallace said that people can reasonably argue the network is like a "state-run media" but it seems like it's more "media run state" influencing Trump.

"You know, I say God bless Fox & Friends because we get things out of those interviews -- he seems so relaxed, the president. He says what's really on his mind and what he said today was, 'I expect the person who runs the Justice Department to shut down investigations into me."