GOP candidate: ‘Vile’ and ‘perverted’ LGBT people ‘cannot reproduce –they have to recruit’ 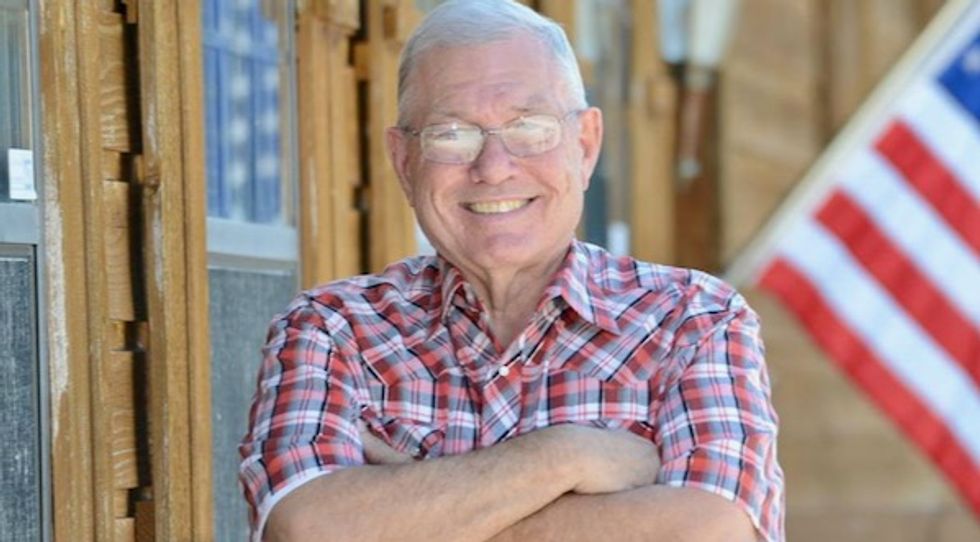 Hardy Billington, a candidate running unopposed for the Republican nomination for a seat in the Missouri House of Representatives, wrote in a 2006 book that LGBT people "cannot reproduce—they have to recruit." The claim that gay people have to recruit others is a lie promoted by the religious right and far right wing extremists, including Franklin Graham.

In that book, as Nico Lang at INTO reports, Billington labels same-sex marriage "counterfeit marriage," and implies it is worse than murder.

Billington "suggested that what makes homosexuality even worse than crimes committed between individuals—say, adultery and murder—is that it harms the entire community. He cited the example of Sodom and Gomorrah, in which the 'sin of sodomy… produced some national consequences.'"

“This usually came about after warnings from God to those involved and resulted in extreme penalties; even to the total extinction of cities and removal of entire governments,” Billington claimed. “I am fearful that if our nation continues to tolerate and, in some cases, embrace this disgusting and abominable ‘life-style,’ we will be prime candidates for the national punishment that God has visited upon historical cultures of the past.”

Billington, whose primary is being held Tuesday, is no stranger to anti-gay politics in the Show Me State. As a Butler County Republican Party co-chair and school board member Billington infamously ran a newspaper ad in 2014, supporting a "Don't Say Gay" bill. It falsely claimed that gay people die 10 to 30 years early.

His personal Facebook page, which is now basically closed to the public, was loaded with references about God, and even the Rapture, as NCRM reported in 2014. It was also filled with anti-gay rhetoric, and the insinuation that all gay people have HIV/AIDS because of "the gay lifestyle."

Billington, again as NCRM reported, had also propagated his Facebook page with astonishingly false claims and lies that appeared to have come from bogus decades-old anti-gay "research," which is now only available via the Internet Archive's Wayback machine.

"If elected, I will work hard to stand up for Christian values," Billington says on his campaign Facebook page. Monday afternoon he added that his "deeply-held religious beliefs include the belief that a religious marriage can only be between one man and woman," but now accepts same-sex marriage is settled law.