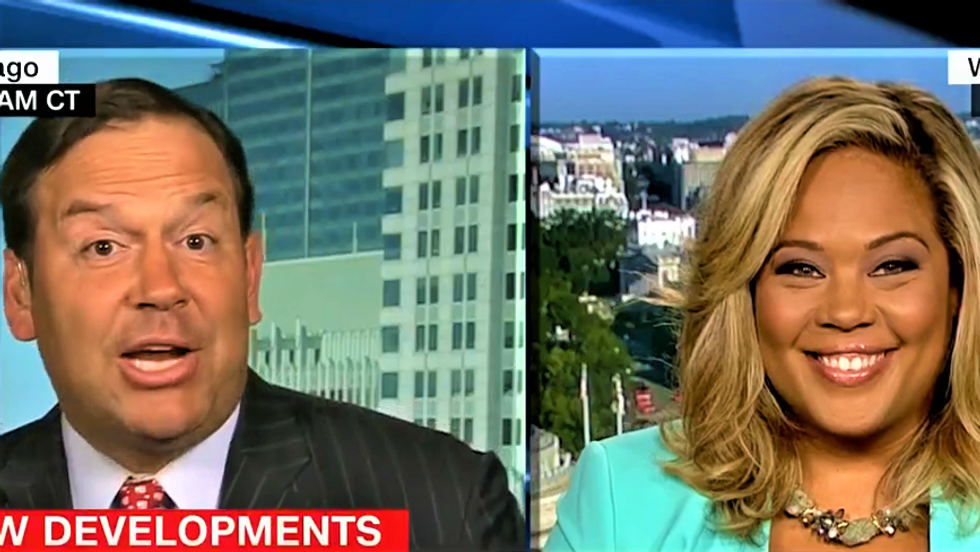 Anti-Trump GOP strategist Tara Setmayer laughed in Trump supporter Steve Cortes' face on CNN after he claimed that President Donald Trump has been leading the fight against Washington corruption.

During a CNN discussion of Rep. Duncan Hunter, who infamously tried to blame his own wife after he was indicted on corruption charges this week, Cortes admitted that Hunter appeared to be in a lot of trouble.

"Whether it's Republicans or Democrats, we see far too much chicanery in Washington, DC," he said. "The swamp is wide and it is deep, and there are Republicans who are neck deep in the swamp."

"No, not like Trump!" an offended Cortes replied. "The Trump revolution was about smashing that crony system of Washington, DC!"

At this point, Setmayer was openly laughing at Cortes -- and she proceeded to list all of the Trump cronies who found themselves engulfed in scandals, including former EPA chief Scott Pruitt, former HHS Secretary Tom Price and former Trump "fixer" Michael Cohen.

"That's rich considering the long list of people associated with Donald Trump and people that Trump has picked to be around him -- only the best people -- who have either resigned in disgrace or are pleading guilty," she said. "This administration is rife with corruption and chicanery."

"Enriching himself in the process!" Setmayer shot back.

Watch the full debate below.