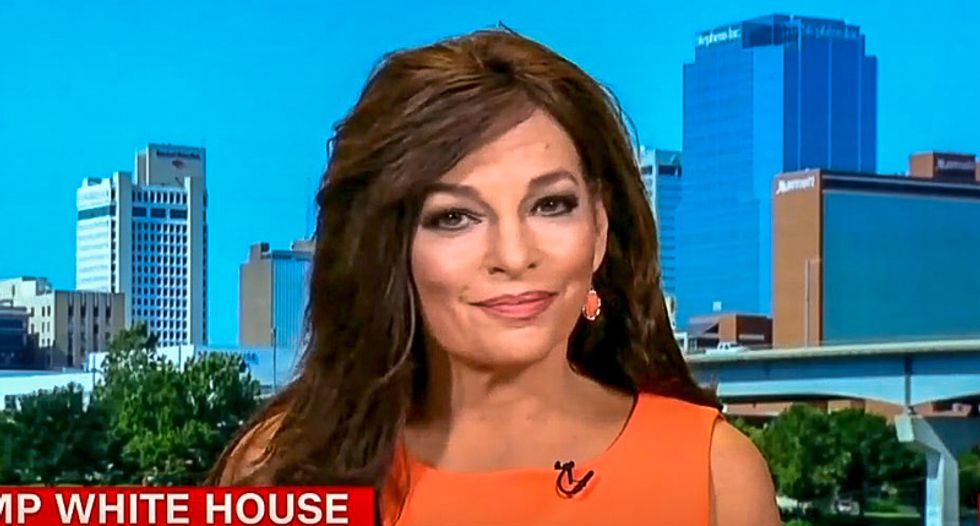 Second Amendment activist Jan Morgan on Wednesday suggested that pornography can do more "harm" than guns created on a 3D printer.

During a panel discussion on CNN's New Day program, Las Vegas massacre survivor Brian Claypool said that he was "re-traumatized" when he learned that blueprints for untraceable guns could be downloaded online and printed in anyone's home. This week, a federal judge temporarily blocked the release of the blueprints from Defense Distributed, a Texas-based company.

"I was in despair," Claypool explained. "I was grieving again. I was re-victimized and re-traumatized."

Morgan, who declared her gun store a "Muslim-free zone" in 2014, argued that both the First and Second Amendments protect the right to download plans for 3D-printed plastic guns.

"I mean, there's a wealth of information out there that is very dangerous on the Internet," Morgan added. "So this is a First Amendment issue."

According to Morgan, it is easier to build a gun out of parts from a hardware store than it is to print one from downloaded blueprints.

"The 3D-printable firearms are much more complicated to make than just building your own," she said.

Claypool explained that bullets from the gun were "made to destroy" the body by breaking apart once they enter the victim.

Morgan laughed at the notion.

"It's not funny," Claypool complained. "You go dodge bullets."

"United States veterans have gone behind the lines of fire to defend liberty!" Morgan exclaimed.

"This isn't about liberty," Claypool shot back. "It's about public safety."