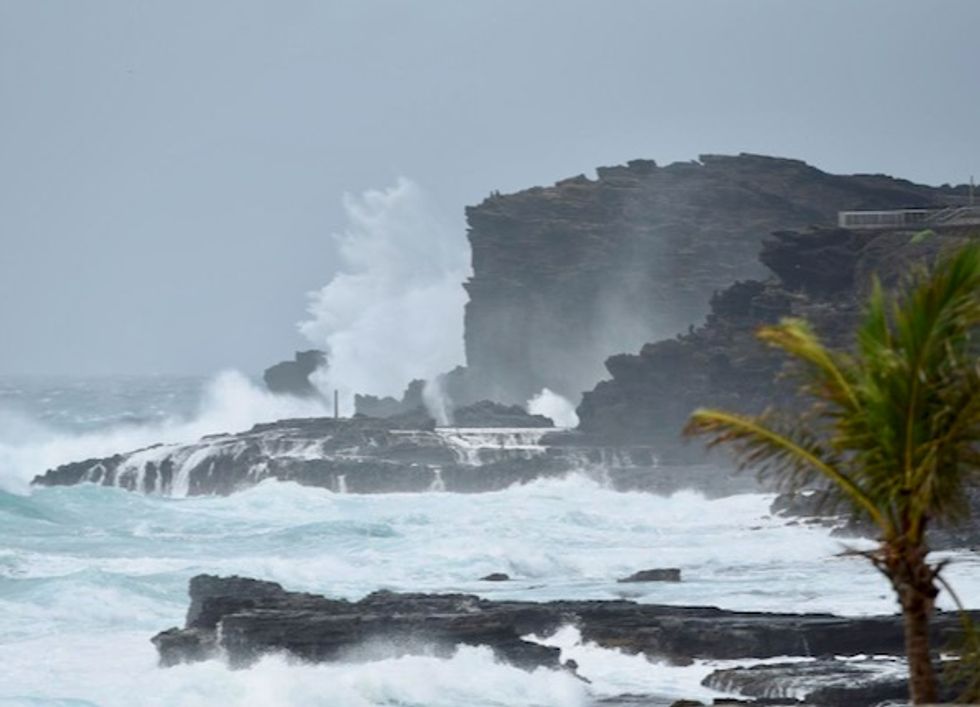 Flash flood warnings were issued on Tuesday for the Hawaiian island of Kauai, with residents on the north coast told to evacuate and others left stranded by high water as the remnants of Hurricane Lane drenched the archipelago and a new storm brewed in the Pacific Ocean.

Hawaii was spared a direct hit from a major hurricane as Lane diminished to a tropical storm as it approached and then drifted west, further from land. But rain was still pounding the island chain, touching off flooding on Oahu and Kauai.

“It has been a steady rain since after Lane but I got up 2:30 a.m. (Hawaiian Standard Time) to the National Weather Service flash flood advisory and that’s when we put out the release as well as an island-wide telephone call,” County of Kauai spokesman Alden Alayvilla said.

The advisory urged residents near Hanalei Bridge on the north side of the island to evacuate their homes due to rising stream levels. A convoy that had been used to escort residents over roads damaged by historic floods in April between was shut down, leaving many cut off.

“Heavy pounding and hazardous conditions are being reported island-wide. Motorists are advised to drive with extreme caution. Updates will be given as more information is made available,” the Kauai Emergency Management Agency said.

A flash flood watch also remained in effect for Oahu, home to the state capital Honolulu and 70 percent of Hawaii’s 1.4 million residents.

Micco Godinez, who lives on the north side of Kauai, said he found the only road out of Hanalei, where he lives, barricaded by police vehicles when he tried to leave for work on Tuesday morning. He expected to be stranded for at least another day.

“I can’t get out at all,” Godinez said. “Our little community of Hanalei is isolated and then west of us is even more isolated,” he said.

Even as Hawaii residents sought to recover from Lane, they kept a watchful eye on Tropical Storm Miriam, spinning in the Pacific Ocean some 2,000 miles to the east and expected to become a hurricane by the time it approaches the islands.

“Miriam is supposed to go north and dissipate in the colder waters and drier air, so I’m not really worried about it,” Godinez said. “But it is hurricane season, and there’s another one behind that. You know what they say: Without rain you wouldn’t have rainbows.”