'Help is on the way': Former US attorney explains how Trump is secretly communicating to Manafort 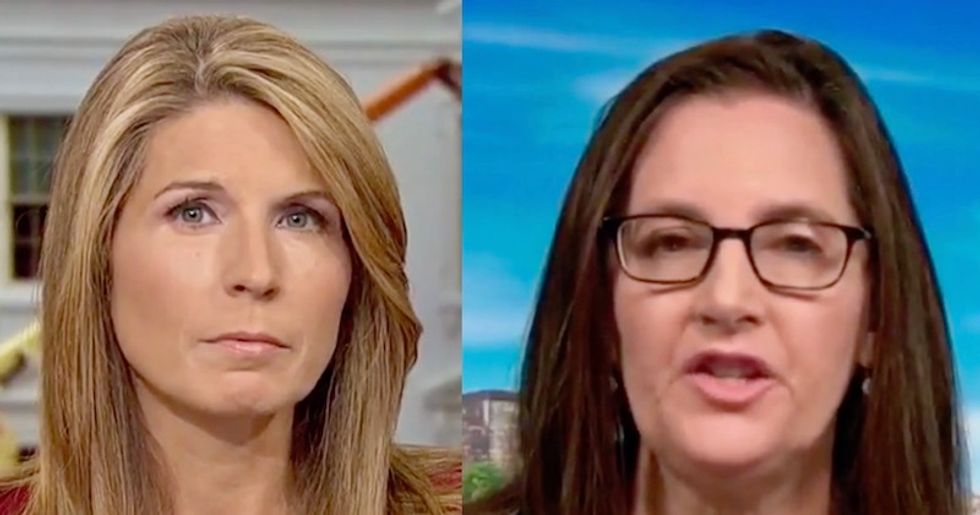 President Donald Trump has said that his former campaign manager is being "treated unfairly by our government" on Friday.

Manafort is currently waiting for a jury to return a verdict in a financial crimes trial that could send him to jail for the rest of his life.

Why would Trump comment on the ongoing trial? The same reason he went out of his way to pardon former Bush administration official Scooter Libby, according to former US attorney Joyce Vance, an MSNBC analyst.

"I don't think the president has a soft spot for people like Scooter Libby that he's pardoned," Vance said Friday on Nicolle Wallace's how. "I think instead he's engaged in a campaign strategically designed to communicate to some of his former friends like Paul Manafort, like Cohen, and in essence dangle pardons on Twitter."

Trump seems to be setting up to pardon his former campaign manager by saying "he's a good man, he's getting a bad deal."

"If you're Paul Manafort and you hear about that and we all know Paul Manafort's heard about that, it's difficult to read that as anything other than a message to Manafort, hold on, don't cut a deal with the government while the jury is out, which defendants sometimes do. A defendant who sees how bad the evidence is, then goes to the prosecutors and says, 'OK, I'm ready to plead guilty now.' The president is in essence saying, 'Don't do that. Help is on the way, I can pardon you in the future.'"

Those pardons wound't be the end of the story, though, as Vance explained, as investigators could look at the circumstances surrounding them in the future.