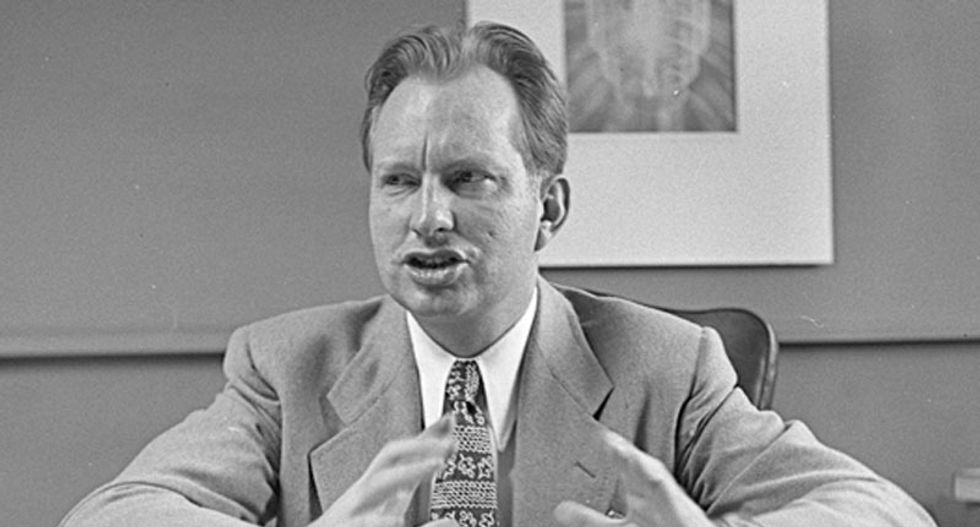 The Church of Scientology is normally associated with Hollywood, thanks to big movie star promoters like Tom Cruise and John Travolta.

But a new report in the Daily Beast claims that many rank-and-file members partook in less glamorous industries. The Daily Beast discovered that because Scientology courses were so expensive, many members participated in Scientology-linked enterprises ranging from selling weight-loss supplements to hawking meat to the poor.

The article profiles a former member, Conrad Romo, who said he was assigned the job of driving around poor neighborhoods in Los Angeles and trying to sell wholesale pork chops, burger patties and beef byproducts.

The meat was highly perishable and marked up from store prices. They allegedly targeted poor people, especially people they assumed used food stamps. “You weren’t going to sell meat in Beverly Hills,” Romo explained to the Daily Beast.

A few years later, it was revealed that the over-priced meat was diluted with cheaper products, like chicken gizzards, according to the Daily Beast.

Romo, who quit the church years ago, draws a parallel between Scientology's sales pitch and his meat-hawking. "“Oh yeah,” he said. “It’s directing attention to where you want it to be. It’s not taking no for an answer. It’s sheer manipulation.”