'This is what he does when he's most afraid': Former Trump casino executive explains president's Omarosa meltdown 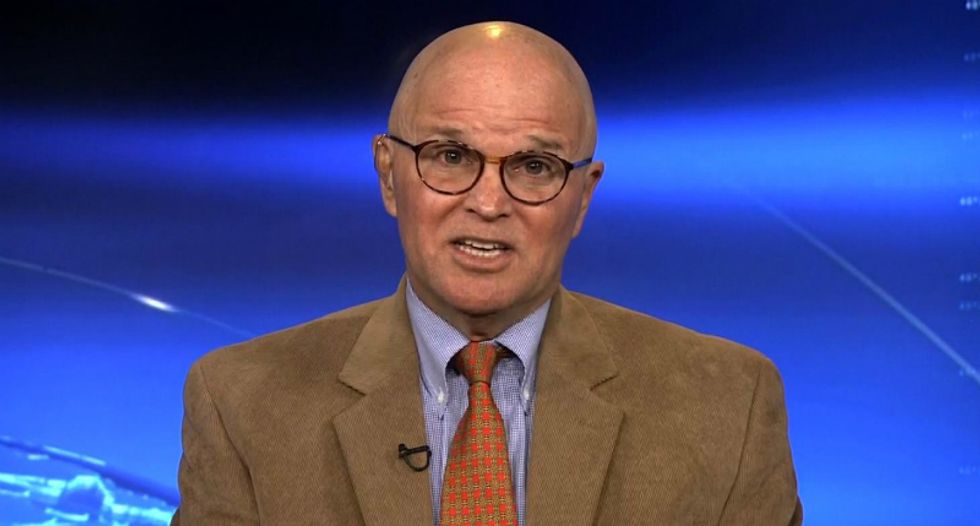 A former Trump casino executive explained to CNN Thursday that Donald Trump's attacks against his former protegée Omarosa Manigault Newman are a "tell" for his state of mind.

"I think he is afraid," onetime Trump Plaza Hotel president and chief operation officer Jack O'Donnell told a CNN panel. "And this is what he does when he is most afraid — he attacks, attacks and attacks."

The former Trump executive said Manigault Newman's tape of Lara Trump appearing to offer her "hush money" days after her firing from the White House reminded him of his own experiences with whistleblowing on his old boss.

"Thse tactics are similar to what he used when he tried to stop my book," O'Donnell said of his 1991 tell-all "Trumped!"

"The letter comes to the publisher, then they come to you directly trying to buy you off, and then after that, the threats begin," he said. "Looks like the same pattern is there for his behavior."

Though O'Donnell initially expressed hesitation at the thought that, like Manigault Newman asserted, Trump has met his match, he seemed to believe that she's going to give the president a run for his money.

"He might have met his match here," the onetime casino executive said. "He trained her, and Ithink she's learned some lessons from him."