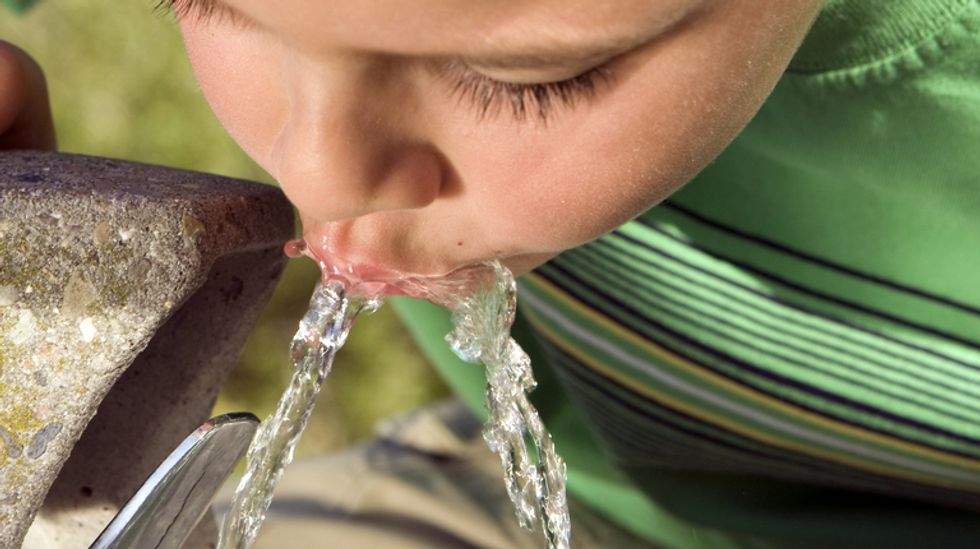 Like something out of the movie "Erin Brockovich," the Kansas government had knowledge of two neighborhoods in the Wichita-area that had contaminated water. However, they didn't act for six or seven years.

According to The Wichita Eagle, hundreds of residents drank water that was contaminated by a dry cleaning chemical known as perchloroethylene that had seeped into the groundwater.

The discovery was made in 2011 when investigating a possible expansion of a Kwik Shop, but it took six years for the Kansas Department of Health and Environment to inform the residents. But, wells owned by private citizens less than a mile away weren't tested.

For Joe Hufman, it was seven years before he learned his suburban well was contaminated by a Haysville dry cleaner.

“Haysville knew it. KDHE knew it. Kwik Shop knew it,” he told The Eagle.

His isn't the only case, either. Another dry cleaning site, near Central and Tyler in Wichita, was contaminated and the state didn't notify residents of more than 200 homes for four years that their drinking water had been impacted.

There are 22 contaminated sites across the state where private wells haven't been checked, so these two could be only the beginning.

The Kansas Department of Health and Environment said that it wasn't worried about the contamination in Haysville because they assumed groundwater was traveling southwest, away from private wells. It wasn't.

Hufman along with his wife and daughter have been drinking their well water for 25 years, but they aren't sure when the contamination reached them. Upon testing, the family found it had 49 parts per billion of PCE, which is nearly ten times the allotted level.

Consuming the chemical can lead to serious harm to the nervous system, liver, kidneys and reproductive systems. Longterm exposure can lead to mood, memory, attention and reaction time as well as vision problems. Studies even show exposure can lead to a higher risk of bladder cancer, multiple myeloma or non-Hodgkin's lymphoma.

Hufman said he doesn't know why those in his neighborhood weren't told about the chemicals years ago, even if it was thought to be moving away from their wells. Now they know that their street was among the worst hit with at least three wells over the limit.

“You think they would have notified everybody, taken some precautions until something was done,” Hufman said. “Instead, they all kept quiet. They didn’t let anybody know about the contamination, so we all continued to drink the water.”

The chemical contamination all goes back to The Kansas Drycleaner Environmental Response Act. The 1995 state law was asked for by the dry cleaning industry to protect them from the high cost of environmental cleanup.

While the Environmental Protection Agency has a Superfund program that can help pay for cleanup costs, the companies pay for it first and submit a claim for approval to the EPA. The state law limits the liability of dry cleaning shops to $5,000, though the law doesn't preclude the state from facing litigation for keeping the contamination under their hat.

The KDHE warned the state legislature that a tax on the cleaning solvent wouldn't be enough to fund cleanup on such sights, but they passed the law anyway. There's even a line in it that directs the KDHE not to look for contamination from dry cleaners and "make every reasonable effort" to keep the sites off the federal Superfund list.

Currently, 163 sites exist, despite the state being told not to look for them. So far, ten sites are being cleaned with five more scheduled. As of Oct. 2017, there was a backlog of 70 sites that weren't funded to be cleaned up. The KDHE cut that down to 22 by looking at whether there were wells that could be impacted in the area.

He wants to see the part of the statue that prevents transparency removed from the law.

There's been a heightened awareness about the cleanliness of water in wake of the contamination in Flint, Michigan, which still hasn't been fully fixed.

Read the full report at The Wichita Eagle.