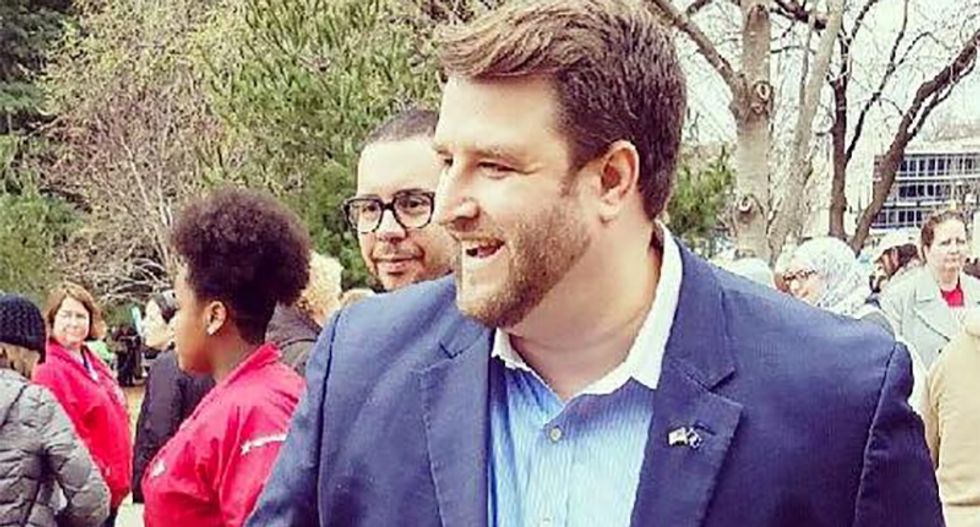 The Kansas Third Congressional District is thought to be in play after the district voted for Hillary Clinton in the 2016 election.

Democrats Brent Welder and Sharice Davids faced off Tuesday to see who would go up against far-right conservative Rep. Kevin Yoder (R-KS).

As of early Wednesday morning, the race still hadn't been called as they seem deadlocked with 443 precincts still out. Micheal Mahoney of KMBC TV revealed near midnight that Johnson Couty was holding up the final results.

"Election Director Ronnie Metsker says it could be 2-3 hours for final JOCO results. Says the new computers are working slower than expected," he tweeted. "There was an audible gasp in the KMBC News studio when" it was announced. He explained that the county has new, and very slow computer systems counting out the final results.

Davids was the EMILY's List choice, setting the Democrat up to be yet another woman running against a more progressive candidate. The controversy is one the pro-women organization has faced over the years.

The race has earned media attention for being part of the internal fight Democrats are battling: Establishment vs. progressive.