Katrina Pierson: I lied when I said Trump used the N-word because I wanted to 'move the discussion along' 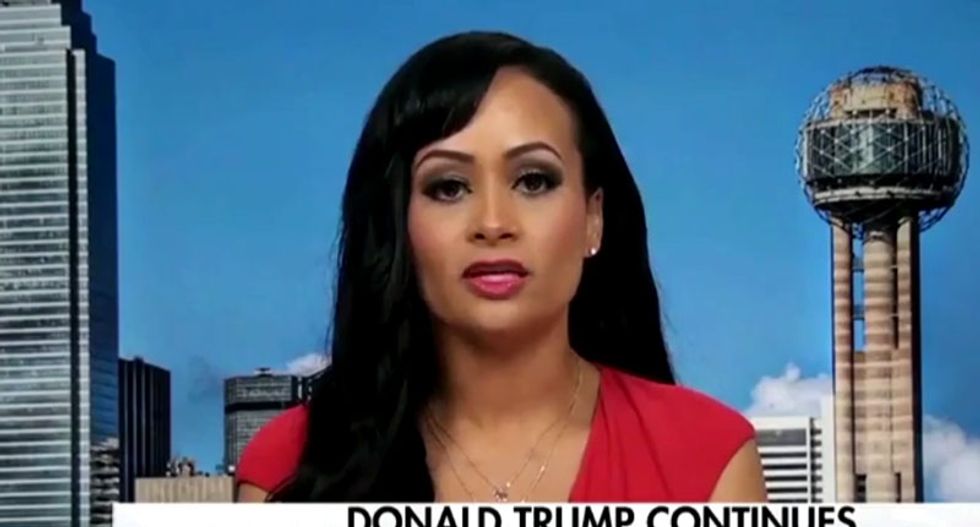 Former Trump campaign spokesperson Katrina Pierson insisted on Tuesday that President Donald Trump never used the N-word even though she was recorded admitting that he did use it.

In a tape released by Omarosa Manigault-Newman on Tuesday, Pierson can be heard discussing whether Trump used the racial epithet during tapings of The Apprentice.

"I am trying to find at least what context it was used in to help us maybe try to figure out a way to spin it," Pierson says on the tape. "He said it. No, he said it. He is embarrassed by it."

But in a statement to CNN on Tuesday, Pierson insisted that she was humoring Manigault-Newman "to move the discussion along."

"During the 2016 campaign, we heard rumors about an alleged tape from The Apprentice," Pierson said. "It's clear now that those rumors were always being circulated by Omarosa and her alone."

"In her secret tape recording of me, it was one of the many times that I would placate Omarosa to move the discussion along because I was very weary over her obsessions over this alleged tape," Pierson continued. "That discussion was nothing other than sifting through unconfirmed rumors regarding the Apprentice tape and the transcript supports my statement."

New statement from @KatrinaPierson. She also tells me she does not believe Trump used the N-word. She now says she… https://t.co/MuFZqQ7kSI
— Jeremy Diamond (@Jeremy Diamond) 1534263551.0