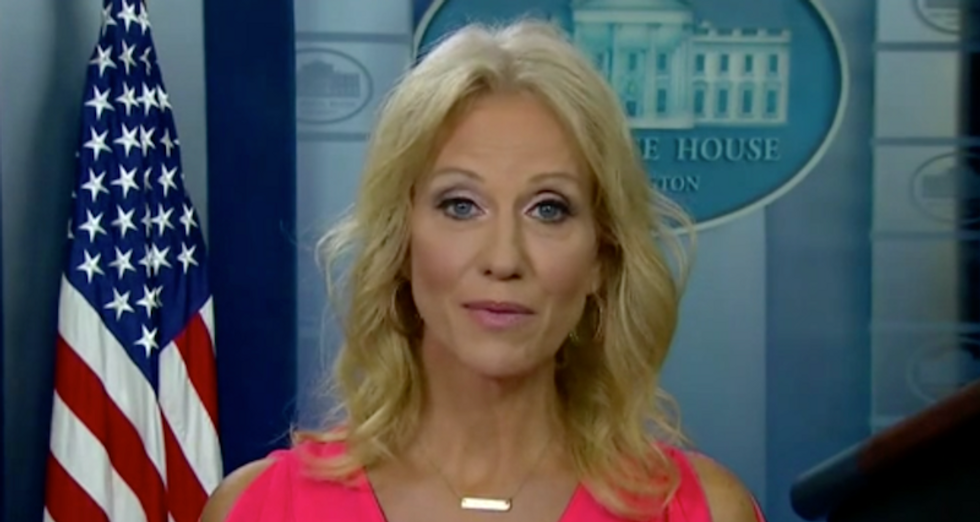 As a jury appears to be nearing a verdict against Donald Trump's former campaign manager and as a New York court appears to be readying for a possible appearance by his former personal lawyer, Trumpworld remained defiant on Tuesday.

One of the president's closest advisers, Kellyanne Conway, went on to Fox News to discuss the day's news, and use the opportunity to tell host Harris Faulkner that instead of possibly convicting Paul Manafort on charges that could send him to prison for the rest of his life, special prosecutor Robert Mueller should be investigating the president's enemies.

"You had corrupt dealings all the way up the chain at the FBI," she said. "Jim Comey, and the shenanigans that he pulled in front of Congress and in his silly book."

Trump has been "incredibly compliant" she said and that the Justice Department should be "looking at the other side of things."

Conway lashed out at the "ridiculous" dossier which details the alleged ties between Trump and the Kremlin.

"Dossier, by the way, is a fancy French word for a load of crap," she said.