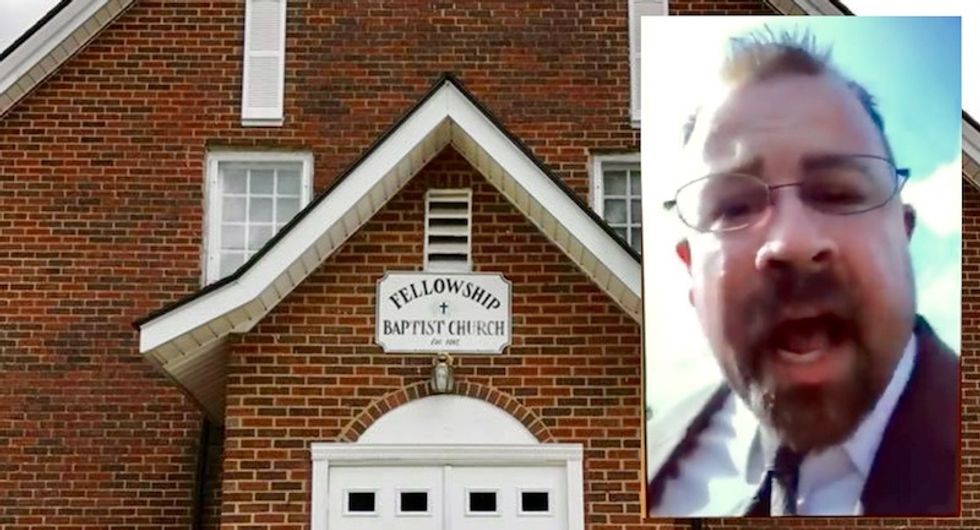 A Kentucky Baptist preacher has faced backlash after recording a live video in which he complained about a youth football game, saying that the children were going to hell and that the cheerleaders were dressed as "prostitutes."

It started when Pastor Ernie Spence of Fellowship Baptist Church in Kentucky passed by Trimble County High School in the Northwest corner of the Bluegrass State and saw children laughing and playing.

To this Christian, it was an affront to his beliefs and demonstrated why "drugs are so bad, fornication and all sorts of ungodliness."

"I see what's wrong with America today," he said. "Right here it is, time to get ready and go to church and the grandstands back here are full up of people. You got all these young'uns out here chasing balls, and it don't amount to a hill of beans."

Spence said that the children were more concerned with "their football God" than his God.

"So whenever your children have got more emphasis on what’s going on in the football field than they do the house of God, and people jumpin’ and cheerin’ up and carryin’ on like a bunch of banshee Indians over a kid just running and catching a ball," he said. "That’s pure ignorance! Pure ignorance!"

Spence said the children would go to hell as a result of their enthusiasm for youth football.

"When these children are burning in Hell, how do you think you gonna feel? But, oh boy, junior can catch a ball, and junior could run. Junior runs straight to hell and you don’t care."

Trimble was also angry at the 7-year-old girls who were cheerleading at the game.

"You think it’s something your little girl can dress up like a prostitute? That’s perversion out there whenever they shake their pompoms and shout and cheer and stuff. You need to get them in the house of God, friend," he said. "Raise your family up in the house of God."

As the woman who posted the video pointed out, the “prostitute” uniforms were a t-shirt and shorts.

Parents of the children immediately started messaging Spence to bash him.

Spence attempted to delete the post but it was captured and posted by someone. Watch below.