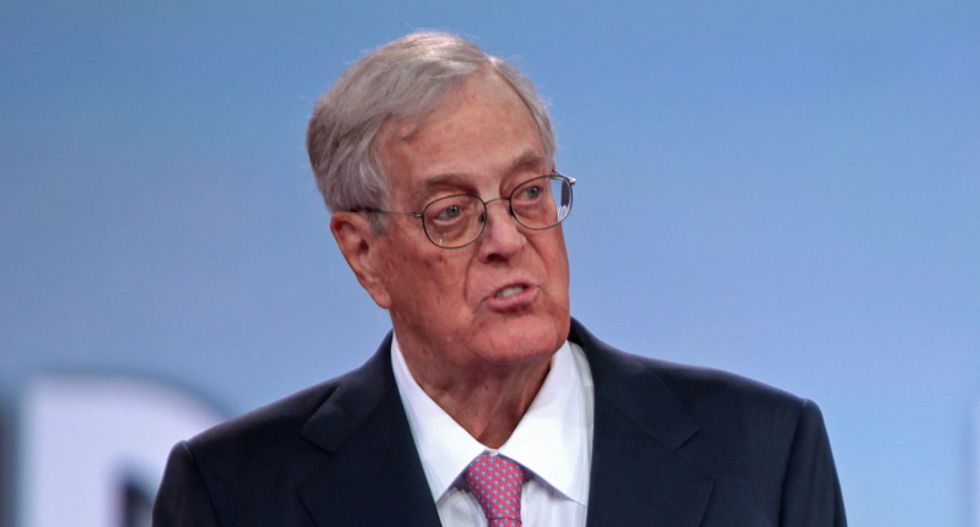 In their quest to deny Americans basic public services readily accessible in almost all other democracies on earth, the Koch brothers recently founded a group called "In Pursuit Of." In July, the communications group commissioned a poll to gauge where the American public stands on a wide range of issues.

At the time, the blog Real Clear Politics interpreted the results to show that Americans lean libertarian and conservative. But as the Intercept reported Thursday, a closer look at the results shows that far from being libertarian ideologues, a majority of Americans favor solutions that involve some degree of government intervention.

A large majority of Americans thought “government-paid college tuition” would be a “very effective” or “somewhat effective solution” to social barriers. Half said it would be very effective.

65 percent of Americans supported a $15 minimum wage. 69 percent thought the government should impose stricter regulations on Wall Street. The results seem to fly in the face of the Koch brothers' presumption that Americans lean conservative when it comes to government services.

For decades, the Koch brothers have used their extensive wealth and influence to knee-cap public projects, from universal health care to public transportation.