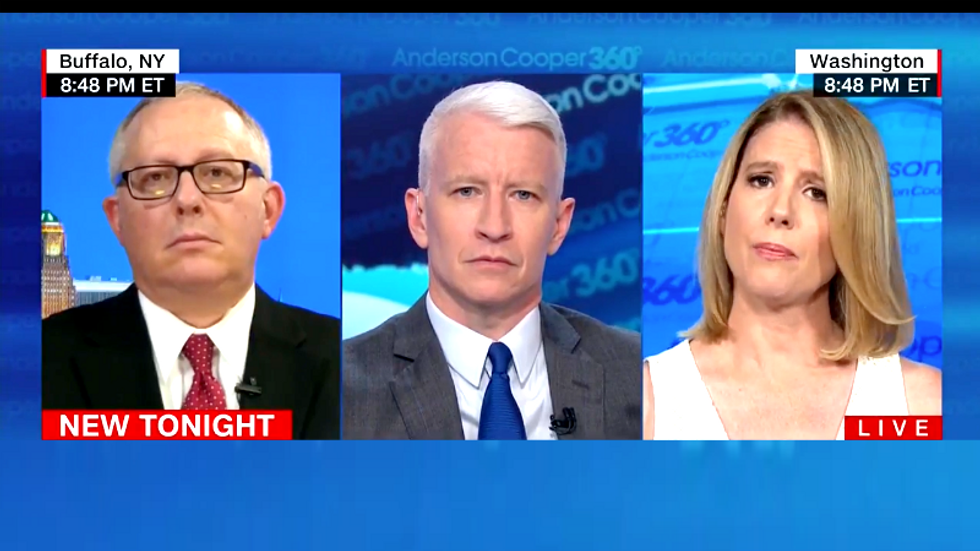 President Trump failed to honor Sen. John McCain (R-AZ) while he signing a military bill that was named after McCain and that help lay the foundation for.

"The fact that the president didn't say McCain's name though he had multiple opportunities, the name being on the bill, does it say something to you?" CNN's Anderson Cooper asked.

"I think it shows that he cannot rise above his petty differences with John McCain, who as we all know is dying," Powers said. "I think it just looks extremely petty and small."

Caputo said that politics is a petty business.

"Politics can get petty, and it's gotten really personal between these two men. I wish him and his family luck. But not everybody in the United States thinks very highly of John McCain," Caputo said.

He then tried to normalize President Trump behavior by saying that political relationships can be cyclical, and Powers called him out for it.

"This is an unusual way to behave for a president of the United States. It's not cyclical, it's Donald Trump. It hasn't always been that way. The way the president is behaving when a man is dead because he's criticized him, it's childish. I mean it's petty," she said.