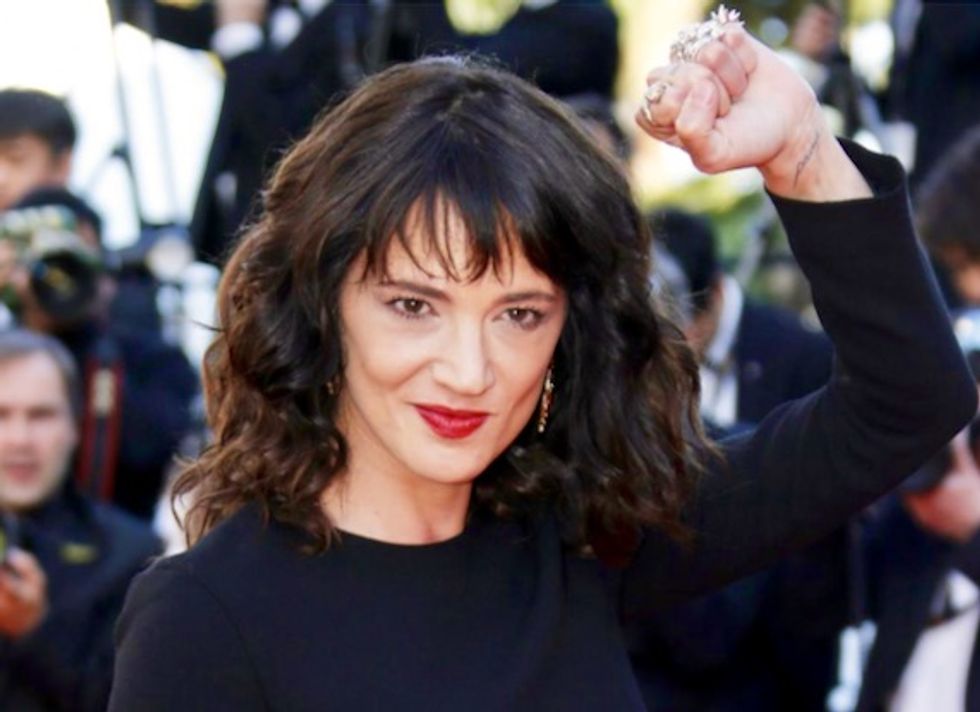 The Los Angeles County Sheriff’s Office said on Monday it was trying to reach an actor who The New York Times reported had accused Italian actress Asia Argento, an outspoken advocate in the movement against sexual harassment, of sexual assault.

The New York Times reported on Sunday that actor Jimmy Bennett accused Argento of sexually assaulting him in 2013 when he was 17 and she was 37. Argento agreed to pay Bennett $380,000 after he asked for $3.5 million, the Times reported.

The Times reported that Argento did not respond to requests for comment.

An agent for Argento, Maria Cristina Benelli, told Reuters by email on Monday that she would reply to a request for comment on Tuesday. Gordon Sattro, an attorney for Bennett, did not return a call seeking comment.

In a statement posted on Facebook, Los Angeles County Sheriff’s Department Capt. Darren Harris said it was aware of media reports naming Argento “as being involved in an alleged 2013 incident.”

The statement did not name Bennett but said its Special Victims Bureau “is attempting to reach out to the reported victim and/or his representatives in an effort to appropriately document any potential criminal allegations.”

“To date, the LASD has not located any police report alleging criminal activity within our jurisdiction in relation to this incident,” the statement said.

Argento was one of the first women to publicly accuse movie producer Harvey Weinstein of sexual misconduct. She told The New Yorker magazine in October that Weinstein raped her during the Cannes festival in 1997 when she was 21. Since that interview, she has become an outspoken advocate in the #MeToo social media movement against sexual harassment.

Weinstein has been accused of sexual misconduct by more than 70 women. He has denied having non-consensual sex with anyone and has pleaded not guilty in a New York court to charges of rape and other charges. Weinstein’s attorney Benjamin Brafman said in an e-mailed statement on Monday, “This development reveals a stunning level of hypocrisy by Asia Argento, one of the most vocal catalysts who sought to destroy Harvey Weinstein.”