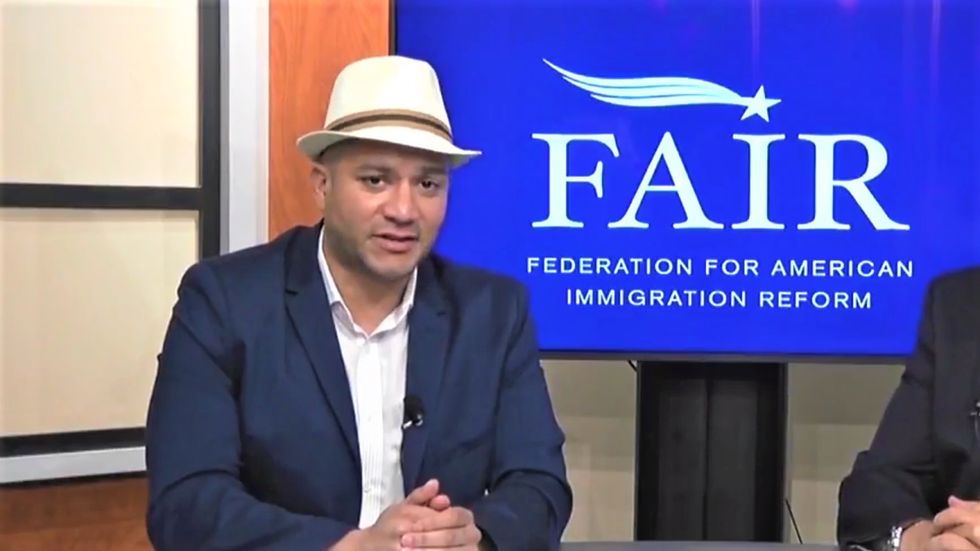 The Daily Beast reports that Joe Gomez, a Mexican-American former journalist who went to work as FAIR's press secretary in 2017, has filed a complaint against his former employer alleging racial discrimination.

Among other things, Gomez alleges that Jennifer Hickey, a web content creator for FAIR, referred to him as a "sp*c"; that Dave Ray, FAIR's communications director, regularly mocked him for his Mexican heritage; and that FAIR president Dan Stein ridiculed Gomez for not being able to "speak a lick of Spanish" despite having a Latino-sounding last name.

Additionally, Gomez alleges that FAIR’s director of digital communications strategies, Gabriela Trainor, offered to play the role of an undocumented immigrant in one of the organization's propaganda videos by smearing mud all over her face.

Gomez says that he initially joined the group because he thought it would simply advocate for stronger border security, and not because it was filled with bigots.

“When I first joined, as hokey as it made sounds, I thought, ‘they’re FAIR —they’re supposed to be fair!’” Gomez tells The Daily Beast. “But based on my experience with that organization and what happened, I don’t know, I think my opinion is beginning to change."