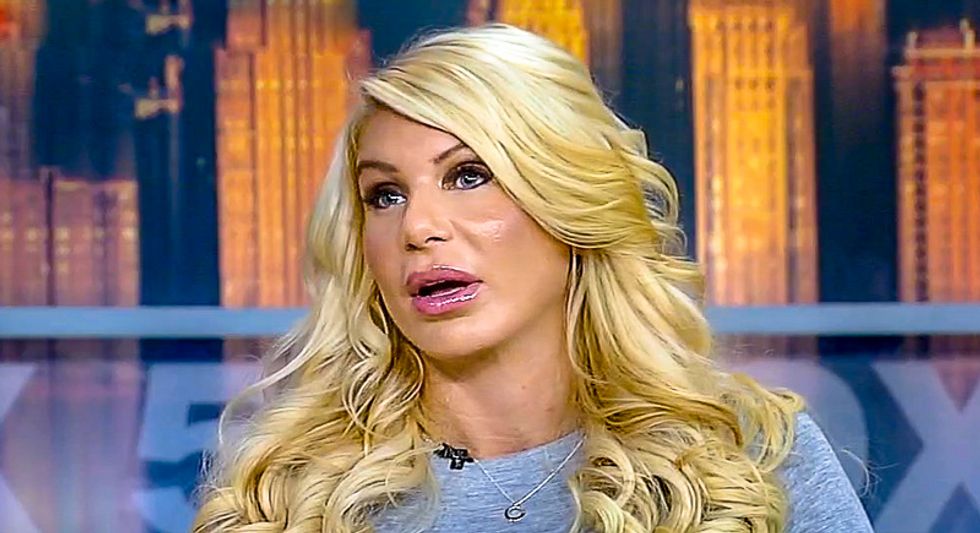 Kristin Davis, the so-called "Manhattan Madam", revealed on Tuesday that special counsel Robert Mueller's grand jury is interested in Roger Stone because "they are legitimately going after Russian collusion."

In an interview on Fox 5's Good Day New York, Davis explained that she was forced to testify before the grand jury due to her relationship with Stone.

"It bothered me, I left feeling very sick to my stomach," Davis recalled.

"I thought that maybe you supplied prostitutes for some Russians," Fox 5 host Rosanna Scotto suggested.

"He would have been smarter to use an agency rather than paying people off six figures," she added, referring to Trump's alleged mistresses.

"So what did they ask you in the grand jury?" Scotto wondered.

"They're legitimately going after Russian collusion," Davis explained. "They're concerned about whether or not it actually happened. Tweets and things that seem to foretell of this hacking coming and whether or not we really knew."

"I think it was maybe to find out what I do know, which is absolutely nothing," she insisted. "I feel like part of it might have been to frustrate Roger and to just start calling in his closest friends."

According to Davis, Stone brought scrutiny on himself because "he's deemed himself this dirty trickster."

"Win at all costs does not mean committing crimes and defrauding an entire nation of our democracy," Davis said. "I was 100 percent honest with them."

Watch the video below from Fox 5 New York.