MSNBC's John Heilemann says Trump 'long ago went over the line' of what is defensible: 'There is no bottom for them' 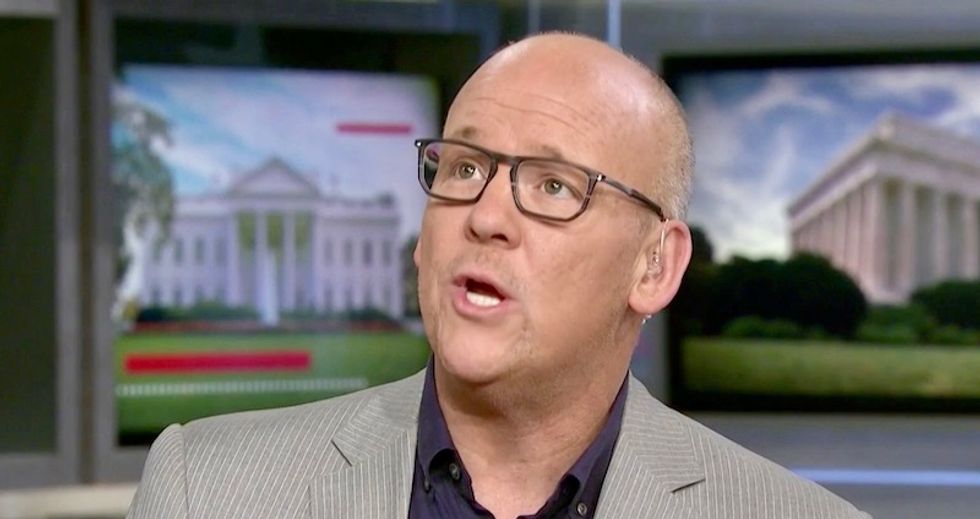 "If people are willing to defend him for Charlottesville -- when you make the list of things -- he's done horrific -- on a scale, he went, long ago, went over the line, that any decent person would not be able to defend him," Heilemann said during a panel discussion Tuesday.

He argued that the Trump allies have already decided that they aren't willing to be "moral or decent people" and will defend Trump no matter what.

"They've already decided there is no bottom for them," he continued. "They're just going to stick with him."

As for the tweet from Trump Tuesday morning, Heilemann explained the idea that Trump is a racist isn't exactly a newsflash.

"How many times have I been on this show and we have to keep saying over and over again: he's a racist, we know he is," he continued. "I'm saying it again. The tweet's kind of incredible. It begins with 'when you give a crazed, crying low-life a break and give her a job in the White House.' Has there ever been a president before whose attitude was, 'there's a crazed, crying low life?"

He went on to say that the president clearly felt it was fine to hire a "crazed, lying, low-life." Especially if she continues to say nice things about him.