Why Native Americans struggle to protect their sacred places 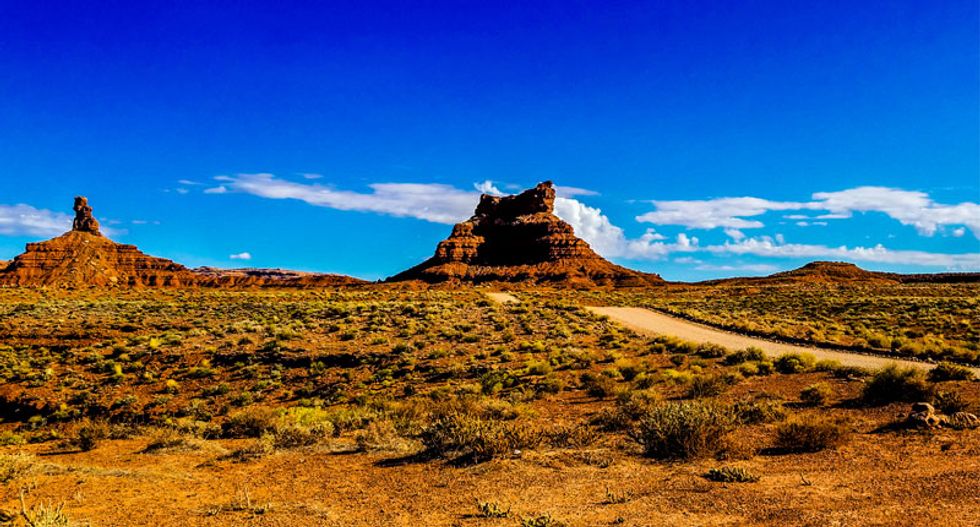 This image was captured at the Valley of the Gods in the Bears Ears National Monument near Mexican Hat, Utah. (Shutterstock)

Forty years ago the U.S. Congress passed the American Indian Religious Freedom Act so that Native Americans could practice their faith freely and that access to their sacred sites would be protected. This came after a 500-year-long history of conquest and coercive conversion to Christianity had forced Native Americans from their homelands.

Today, their religious practice is threatened all over again. On Dec. 4, 2017, the Trump administration reduced the Bears Ears National Monument, an area sacred to Native Americans in Utah, by over 1 million acres. Bears Ears Monument is only one example of the conflict over places of religious value. Many other such sacred sites are being viewed as potential areas for development, threatening the free practice of Native American faith.

While Congress created the American Indian Religious Freedom Act to provide “access to sacred sites,” it has been open to interpretation. Native Americans still struggle to protect their sacred lands.

Native Americans have land-based religions, which means they practice their religion within specific geographic locations. As Joseph Toledo, a Jemez Pueblo tribal leader, says, sacred sites are like churches; they are “places of great healing and magnetism.”

Some of these places, as in the case of Bears Ears National Monument, are within federal public lands. As a Native American scholar, I have visited many of these places and felt their power.

For thousands of years, tribes have used Bears Ears for rituals, ceremonies and collecting medicines used for healing. The different tribes – the Hopi, Navajo, Ute Mountain Ute, Ute Indian Tribe and the Pueblo of Zuni – have worked to protect the land. Together they set up a nongovernmental organization, the Bears Ears Inter-Tribal Coalition to help conserve the landscape in 2015. 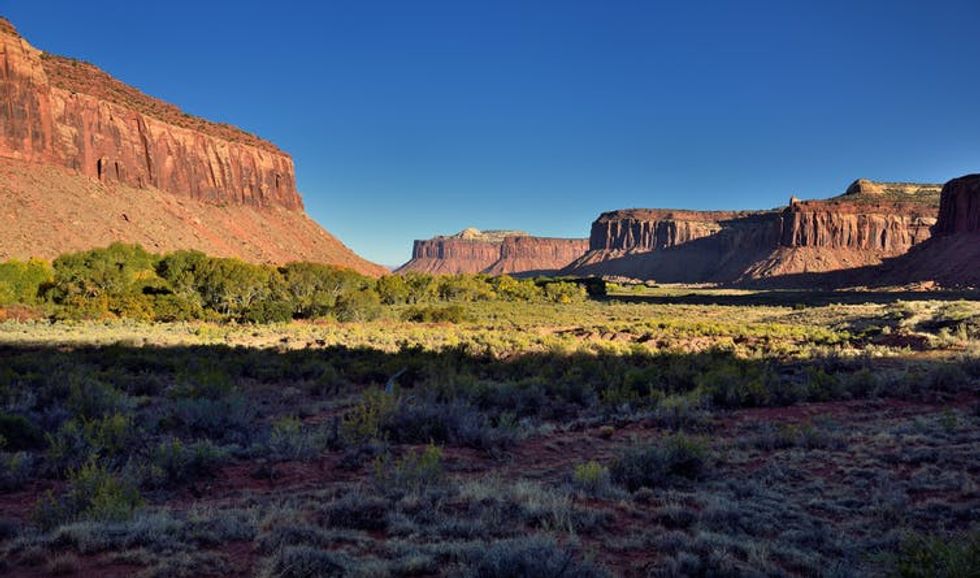 The tribes believe Bears Ears is one of the last large undisturbed areas in the lower 48 states and contains the spirits of those who once lived there. Bears Ears Navajo elder Mark Maryboy emphasized, “It’s very important that we protect the earth, the plants, and special ceremonial places in Bears Ears for future generations — not just for Native Americans, but for everybody.”

My great-grandparents, Páyotayàkχkumei and Kayetså’χkumi, (translated as Aims-while-flying-through-the-air and Hollering-in-the-air), were well-known religious leaders on the Blackfeet reservation. They lived in the foothills of the south side of the reservation. However, they went into the mountains and onto public lands in an area now called the Badger-Two Medicine in northcentral Montana to practice their religion.

My great-grandfather traveled into Badger canyon to trap eagles and gather their feathers which he used in ceremonies and for divine protection. My great-grandmother gathered medicinal plants used in healing ceremonies. Together they prayed and sought solitude in this sacred landscape.

Similar to Bears Ears, the Badger-Two Medicine, a 130,000-acre area within the Lewis and Clark National Forest, became embroiled in a controversy over potential natural resource development between 1982 and 2017. The Blackfeet tribe argued that these lands were sacred. And that tribal members, such as my great-grandparents, had used these lands for years for spiritual purposes.

The Blackfeet tribe ultimately succeeded in stopping development, but only after a 35-year-long fight with the Department of Interior, which initially approved almost 50 oil and gas leases. In 2017 Interior Secretary Jewell canceled the last of these leases. This means these public lands will not be used for natural resource development in the future.

Now my family and other Blackfeet, who have used the Badger-Two Medicine for millennia, can use these public lands for their religious practice in solitude.

The reality is, however, that not every dispute between tribes and the U.S. government ends up in favor of the tribes. Historically, Native American tribes have struggled to explain why certain landscapes are sacred for them.

In 1988, just 10 years after the passage of the American Indian Religious Freedom Act, the Supreme Court considered a case involving the construction of a U.S. Forest Service road through undeveloped federal lands sacred to northern California tribes in the Six Rivers National Forest.

The lower court had ruled in favor of the Yurok, Karok and Tolowa tribes stating the road would impact their religious practice.

However, the Supreme Court reversed the decision, ruling that building a road through a sacred landscape would not prohibit the tribes “free exercise” of religion.

The tribes lost, because the Supreme Court viewed the American Indian Religious Freedom Act as a policy and not a law with legal protections.

Ultimately, the road was not built because Congress stepped in and added this sacred area to the existing Siskiyou Wilderness, which is a protected area by federal law.

What was noteworthy in the SCOTUS deliberations, though, was the dissenting opinion of Justice William Brennan, who defended land-based religions. He said,

“Native American faith is inextricably bound to the use of land. The site-specific nature of Indian religious practice derives from the Native American perception that land is itself a sacred, living being.”

Indeed, religion scholars such as Yale professor Tisa Wenger point out that “the most important religious freedom issues for Native Americans” center around protecting their sacred places.

At a time when the Trump administration has created a new task force to address discrimination against certain religious groups, the exclusion of Bears Ears and other places of religious significance from these discussions raises important questions about religious freedom in the United States and also the legacy of the American Indian Religious Freedom Act.